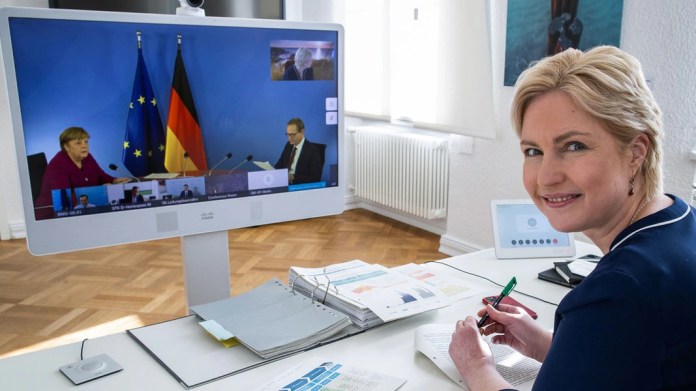 Before the corona summit of the federal and state governments on Wednesday, the state tourism association Mecklenburg-Western Pomerania has spoken out in favor of a north German special route if the interests of tourism are not sufficiently taken into account during the consultations. It is about a passage in the draft resolution from the Chancellery, according to which opening steps for gastronomy, culture or hotels should only take place later. “If this is decided, there will be sheer horror. That would be described as a catastrophe,” said the association’s managing director Tobias Woitendorf of the German press agency.

Association: Tourism not a driver of infection

It can be assumed that protests will then be organized. As a consequence, together with Schleswig-Holstein – accompanied by scientific findings – an independent north German path in tourism could be embarked upon. According to Woitendorf, the openings last year showed that tourism did not accelerate the infection rate. Therefore, with a similarly good preparation, nothing could stand in the way of a gradual opening. The Robert Koch Institute also confirmed last week that the hotel industry is not an infection driver. The Federal Association of the German Tourism Industry had previously criticized the “continuing political blockade in matters of tourism, going out and traveling” as unacceptable.

Schwesig: “We haven’t got over the mountain yet”

Mecklenburg-Western Pomerania’s Prime Minister Manuela Schwesig (SPD) had warned of the deliberations against extensive loosening of the lockdown. “We’re not over the mountain yet.” The corona numbers are stable, but still too high. However, she indicated that in certain retail stores, shopping with an appointment could be possible in the future, she understood the desire for relaxation. Details are likely to be discussed at the MV summit next Friday. In addition, the corona strategy should no longer be based solely on the incidence value. It must also be taken into account, for example, how many serious illnesses there are among the elderly and how busy the health system is.

Schwesig asked the federal government to provide free rapid tests for important areas of public life. The more tests are carried out, the earlier the corona restrictions could gradually be relaxed, Schwesig said. The country is relying on more rapid tests for students and teachers. If more tests are carried out in schools, more could also be possible for grades 7 and higher. For this purpose, two million tests are to be purchased from the MV protection fund, which could be delivered within three weeks, according to Health Minister Harry Glawe (CDU).

The country leaders are currently discussing a step-by-step plan with Chancellor Merkel that will bring Germany out of lockdown. more

Economy in MV for a specific opening plan

The three chambers of industry and commerce in the state called for a clear opening perspective for the economy before today’s federal-state summit. The President of the Schwerin Chamber of Industry and Commerce, Matthias Belke, said that too many companies have now reached the limit of existence, so a change in strategy is necessary. In a quick survey of 300 companies, according to Belke, 83 percent were in favor of shopping by appointment – but only as a first step, which would have to be quickly followed by further opening measures.

Belke wants to include further indicators

Instead of the seven-day incidence as the sole criterion, in the opinion of Belkes and his colleagues from Rostock and Neubrandenburg, other indicators should also be included for the opening of the economy: for example, the increasing vaccination coverage of risk groups or a division into so-called hot and cold spots, i.e. Places with a greater or lesser risk of corona infection and transmission.

In the affected industries, many employees worked part-time, which is making the financial situation increasingly difficult in view of short-time working, said Ingo Schlueter, Deputy Chairman of DGB Nord. In the face of another wave of infections, he warned against opening steps too large. “Especially in the current situation, those responsible in the economy cannot and must not afford to be corona fatigue,” said Schlueter. “The employees in the hospitals, care facilities, schools and daycare centers or in the health authorities don’t do that either.”

Opposition between opening demand and concerns

The opposition in Mecklenburg-Western Pomerania is also calling for specific opening scenarios. Binding opening dates for culture, economy and other areas of social life are necessary, said the parliamentary group leader of the Left, Simone Oldenburg. “Last but not least, we have to prepare for the third wave in autumn and winter 2021 this summer. Even if many people are vaccinated by then, the virus and its mutations will not go away,” emphasized Oldenburg. Before the summit, the AfD renewed its call for easing. “We expect far-reaching relaxation and, above all, a normalization of school operations. Children and young people suffer particularly badly from the contact restrictions,” said the parliamentary group leader Nikolaus Kramer.

The FDP, which is not represented in the state parliament, called for greater consideration of the occupancy of hospitals and the progressive vaccinations in the opening debate. State chairman René Domke emphasized that an opening must be made possible in regions with lower numbers of infections. The Greens, who are also not in the state parliament in this legislative period, are calling for opening scenarios as well as plans to protect against another wave of corona infections. “It must not happen that you are as surprised as you were after last summer,” said the green top candidate for the state election, Harald Terpe.

Galaxy emits gas: Researchers observe the beginning of the end of...

Bayer talent Wirtz on European Championship participation: “Not sure whether I...

Bayer’s two candidates for the wing 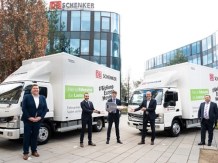