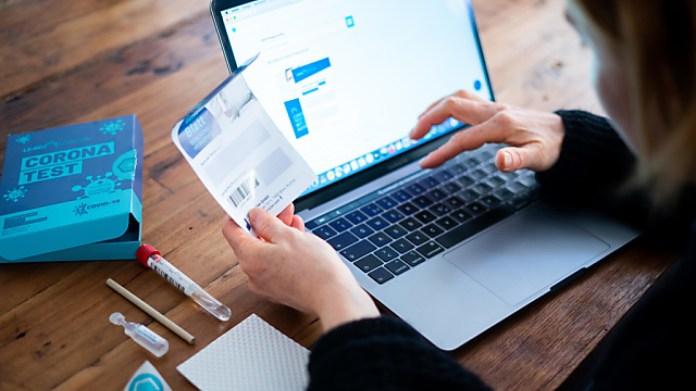 The PCR tests are free and can be performed at home. The samples can now be handed in at all Rewe locations.

The pilot project started at the end of January. In the meantime, 5,500 participating companies with more than 330,000 employees have already registered. Now the city and the Vienna Chamber of Commerce have rolled out the test offer. In addition, the capacities at the laboratory partner Lifebrain and the tax network have been massively expanded, it said on Friday at the presentation.

The test kits from the manufacturer Lead Horizion can still be picked up in one of the 152 Bipa branches. Once the test has been completed, it is now possible to hand it in at all over 620 Rewe locations throughout Vienna – i.e. at Billa, Merkur, Bipa, Penny or even petrol stations with Rewe shops. The latter are also available for this on Sunday.

The gurgling test can be carried out at home, which is recorded via the web app and video function. A solution is rinsed in the mouth, which then has to be transported into a glass tube. The test persons are informed digitally of the result within 24 hours. The corresponding certificate is valid for up to 72 hours after the test has been carried out.

It is considered an entry test for services that are close to the body. According to the city, it is also intended to use the system for schools. People who do not live in Vienna but work here are also allowed to participate. However, you can only hand in your test tube in Vienna.

As City Councilor for Health Peter Hacker (SPÖ) explained, four tests per week are possible. According to this, 1.5 million test kits have been prepared for the next few days – another 1.2 million will be delivered every week. The Lifebrain laboratory can analyze up to 200,000 samples per day. A further expansion of the capacity is possible, it said. The head of department affirmed that the larger number would also reduce costs. So far, 8.50 euros have been estimated per test. In the future, only 5 euros will be spent on this.

The laboratory of the Vienna Lifebrain Group has massively expanded its capacities for evaluating the large amounts of samples, as CEO Michael Havel explained. The area housed in a pavilion on Baumgartner Höhe was expanded to three floors. 135 analysis devices and robotic systems would be available here. The samples are delivered by the post office – with up to 60 vehicles driving to the Lifebrain seat per day.

The samples are analyzed using the pooling method. Ten samples are examined together in each case. If a positive result is found, all samples in the pool are checked individually.

“We are in a very difficult situation,” emphasized Vienna’s Mayor Michael Ludwig (SPÖ). He once again referred to the massive effects of the mutations in the coronavirus and to the fact that more and more young people are affected. The expansion of the Gurgel initiative is one of the important steps that are now being implemented – in addition to the “Easter rest” measures that will soon be enacted.

Ludwig again appealed to the population to limit physical contact. He announced that he would intensively control the public places in order to avoid large crowds. According to his own statements, the mayor of Vienna also assumes that measures similar to those that have now been decided for the eastern region will also come soon in other federal states: “I am convinced that it will be so.”

The President of the Vienna Chamber of Commerce, Walter Ruck, spoke out in favor of at least reconsidering some of the planned measures, such as the requirement to wear FFP2 masks indoors. This is not easy to implement in production companies. Possibly, the obligation could be waived if a negative PCR certificate is available, he suggested.

Famicom Detective Club: The Missing Heir & The Girl Who Stands...

EU turns China against itself with sanctions resolution

Half of the population criticizes management of the pandemic