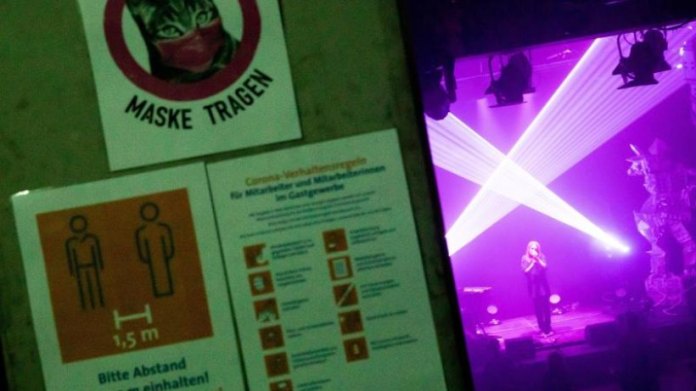 Berlin. The pilot project in Berlin cultural institutions with a corona-tested audience is temporarily on hold. “We have called for Easter rest from April 1st to 5th,” said the Senate spokeswoman on Sunday. “And that now also means for the model projects that they cannot take place at first and have to be postponed.” After that, the situation would have to be reassessed. “We will take a close look at when the model projects will be continued and make them dependent on the development of the number of infections.”

The “Testing” pilot project includes several events in the capital. After an evening at the theater in the Berliner Ensemble and concerts in the Philharmonie and in the Konzerthaus, the Club Committee organized a concert in the “Säälchen” on Saturday evening.

The three dates planned for Easter had already been suspended and replacements had been sought. The Volksbühne Berlin, which could not postpone and therefore canceled, was affected, the Staatsoper Unter den Linden with Wolfgang Amadeus Mozart’s “Le nozze di Figaro” and the Deutsche Oper Berlin with “Francesca da Rimini” by Riccardo Zandonais. The two evenings at the opera have so far been postponed to the week after Easter. Depending on the development, they could now be omitted entirely.

Inflation in Germany at 1.7 percent

Lufthansa threatens layoffs in the spring

Queen Elizabeth had to be sewn after her corgi bite