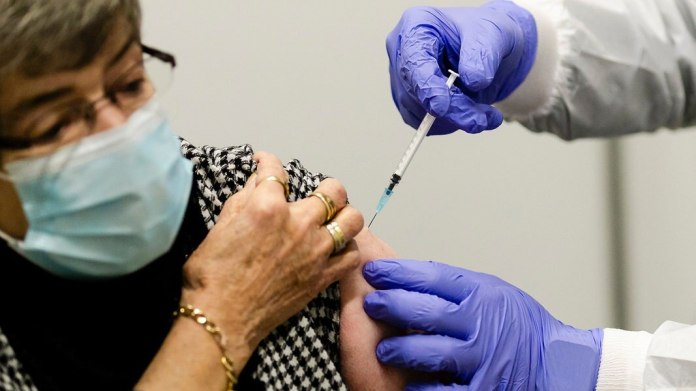 Still at the very beginning: According to the latest figures from the RKI vaccination monitoring provides more than 102,000 people with complete vaccination protection – 3.5 percent of the population have received both a first and a second vaccination (as of March 23, see the table here). Another 6.8 percent (197,000 people) already had their first vaccination appointment, but still have to go to a second. Currently, only people who belong to priority group 1 (above all over 80 years of age as well as nursing and medical staff) and priority group 2 (over 70 year olds, people with previous illnesses at high risk, people with a job with a high risk of infection and contact persons of pregnant women) are vaccinated and people in need of care). Even if vaccination teams were in all nursing homes, not all over 80-year-olds are vaccinated. An overview of the vaccination progress in Schleswig-Holstein compared to the other federal states can be found here.
It is currently not known when a larger number of appointments for vaccinations against Corona will be available on the portal www.impfen-sh.de is activated. Most recently, on Tuesday (March 23), 60,000 appointments were made for first and second vaccinations – they were booked out within 50 minutes, the Ministry of Health announced. However, if vaccination appointments are canceled, these could be booked by those eligible for vaccination via the site, according to the ministry. Eligible are people over 70, with previous illnesses, in professions with a high risk of infection or contact persons for pregnant women and those in need of care – members of priority groups 1 and 2.

From April 6, 1,500 resident doctors in Schleswig-Holstein will receive corona vaccine – albeit initially in very manageable quantities: It can be assumed that each practice will only receive around 20 vaccine doses per week, the Ministry of Health announced. However, patients cannot simply make an appointment for a vaccination. According to the Ministry, the doses are intended for patients who are particularly at risk from Corona, who can no longer leave their home – or who have previous illnesses. The ministry asks those who belong to priority group 2 should continue to book an appointment via the country’s vaccination portal, otherwise the practices are quickly overloaded. From May there should be significantly more vaccine – also in the practices.

Alongside Biontech, AstraZeneca is currently one of the two vaccine manufacturers whose products arrive in Schleswig-Holstein in large quantities. The company is expected to follow up by the end of March current plans have delivered nearly 195,000 doses – that would be just over a quarter of all vaccine doses delivered to date, despite several cuts. And AstraZeneca’s vaccine remains an important component in the campaign: Larger deliveries to the EU are planned for the second and third quarters – if these are further distributed according to population size, Schleswig-Holstein will receive a further 468,000 from April to the end of June and from July to Almost 1.2 million doses of AstraZeneca’s vaccine as of September.

According to the Ministry of Health, a total of 11,520 vaccination appointments with AstraZeneca in Schleswig-Holstein up to and including Friday were initially canceled on Monday. After the resumption of vaccination with AstraZeneca, the appointments on this Friday can be kept again – those who cannot or would have been on the previous days should get an appointment at the end of March or beginning of April, said the Ministry of Health. It can also be assumed that the suspension caused uncertainty. It is unclear how many people therefore cancel their vaccination appointment or do not keep it. On Friday morning there was hardly any rejections.

At SH are after the Federal delivery lists so far delivered more than 551,000 vaccination doses, but loud Vaccination monitoring of the RKI only 401,000 doses have been vaccinated (as of March 23, 11 a.m.) – a detailed list can be found here. The suspension of the AstraZeneca vaccination for three and a half days explains this gap only to a small extent. Schleswig-Holstein’s state government has decided to set aside different amounts depending on the manufacturer – for the second vaccination and in order not to have to cancel appointments immediately in the event of deviations from the delivery schedules. At Moderna this is 50 percent, at Biontech and AstraZeneca 20 percent. But even before the AstraZeneca vaccination was suspended, Schleswig-Holstein had not yet achieved the goal of vaccinating 80 percent of the available vaccine at AstraZeneca – it was and is only about 50 percent. According to the Ministry of Health, this backlog is now to be gradually reduced after the appointment campaign at the beginning of March.

If the manufacturers keep their promises, the vaccine supply will be significantly better in the course of the second quarter (until the end of June). According to a list from the end of February, the federal government expects deliveries of 70.1 million doses of the vaccines that have already been approved during this period. For Schleswig-Holstein, this means around 2.4 million doses according to the previously used key – mathematically that would be enough for the complete vaccination of more than 1.3 million Schleswig-Holsteiners. Because that includes more than 300,000 doses of Johnson & Johnson’s vaccine, which is only vaccinated once. In the third quarter there are therefore four million cans – that would be enough for another 2.3 million people.

According to the individual parties involved, well over a million doses per month. According to the state, the vaccination centers can carry out 500,000 vaccinations and more per month, and the resident doctors, according to the general practitioners’ association, carry out 400,000 vaccinations according to a “conservative estimate” – significantly more is also possible. When the upper priority groups have been vaccinated, the company doctors can also join. The Chamber of Pharmacists is certain that its members will manage the logistics together with the wholesalers, even if many people are vaccinated at the same time. If the resident doctors are overloaded, the trained pharmacists in the 626 pharmacies can also vaccinate themselves after a crash course – as has already been done with the flu vaccination model, said a spokesman for the chamber. It is not yet clear when how much is vaccinated and how it is vaccinated. That also depends on specifications and agreements at the federal level.

They should continue to operate. The federal government has guaranteed the financing by the end of September. When there is enough vaccine, the main thing is to vaccinate as many people as possible as quickly as possible. If the deliveries come as planned and evenly, 800,000 vaccinations per month in Schleswig-Holstein would be possible in the second quarter, and around 1.3 million in the third. Uniform delivery from all manufacturers is unlikely in the second quarter – so there will be less vaccine initially and probably significantly more in individual weeks.

Evidence is required as long as vaccination is carried out according to priority groups. The ID is sufficient for the age, doctors certify corresponding previous illnesses. Patients do not have to pay anything for this certificate – doctors are paid for it. Employers confirm the risk activity (Template), people in need of care and pregnant women can name up to two contact persons for a vaccination (Template).

Even if not all delivery promises are kept, everyone who wants it would have to get a corona vaccination by the end of September at the latest. Scientists who calculate forecast models even assume that this can be done much earlier. The Institute for Macroeconomics and Business Cycle Research of the Hans Böckler Foundation assumes that it will be possible to fully vaccinate all adults willing to vaccinate by the end of July. In order for this to be successful, delivery promises must be kept and vaccination speed and capacity must be increased significantly. In the Study, the researchers assume based on surveys that 75 percent of all adults are ready to be vaccinated. Of the approximately 2.9 million inhabitants of Schleswig-Holstein, around 2.4 million are adults – 75 percent would be 1.8 million people.

Corona study reveals: when someone is particularly contagious

This is how Drosten explains his horror number: 100,000 infections are... Christmas in lockdown – church services put to the test 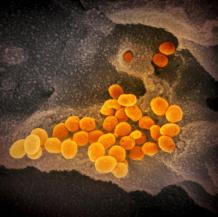 Corona mutation from South Africa detected in Germany for the first...