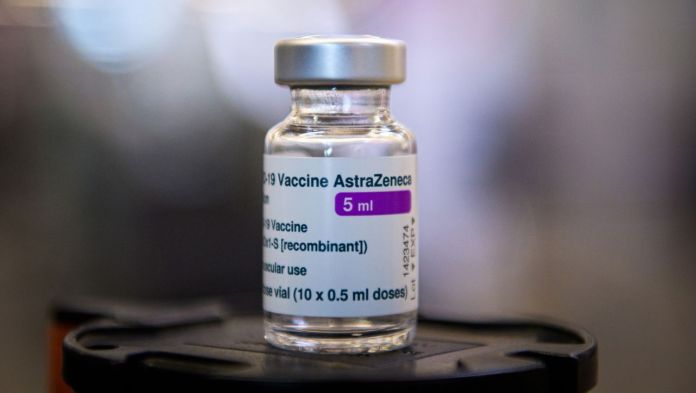 The admission comes at a sensitive time: While 29 million apparently hoarded AstraZeneca vaccine doses have been tracked down in Italy, UK Health Secretary Matt Hancock has given his country preferential treatment by the British-Swedish pharmaceutical company.
“I believe that free trading nations follow contract law,” Hancock told the Financial Times. “Our contract trumps them. It’s called contract law and it’s clear, «he said, referring to the dispute between the EU and AstraZeneca over the reduced delivery quantities.
The conflict recently intensified again with the discovery of millions of vaccine doses in Italy – and fueled the debate about export bans from the EU. At the beginning of March, Italy blocked the export of AstraZeneca vaccine for the first time and applied a specially created EU export mechanism.

The EU has a contract that only guarantees “best efforts” on the part of the vaccine manufacturer, while London has stipulated exclusivity. Hancock warned Brussels against imposing export restrictions on vaccines. That would be a serious mistake, said the conservative politician.

Life sciences companies would move to the UK, not a protectionist EU. “From Great Britain you can export anywhere in the world – we will never put a stop to that.” This attitude fits the hopes of many Brexit supporters of developing London into a “Singapore on the Thames”: with strong deregulation of financial market rules and low taxes.
The EU complains that while millions of vaccine doses have been delivered from the continent to Great Britain in the past few months, almost nothing has gone in the opposite direction. Hancock stressed discussions with the EU about this being “cooperative, practice-oriented and collaborative”.
The heads of state and government of the EU want to discuss the vaccine shortage on Thursday. AstraZeneca had drastically cut its delivery commitment several times and pointed out difficulties in production. Great Britain is hardly affected by this.

One year corona diary of a Berlin school: “Now is the...

The city must employ more controllers: living space is there for...