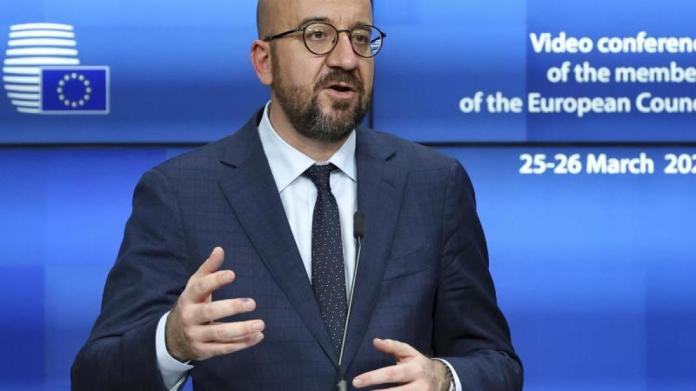 Corona vaccine: EU argues about distribution even after the summit

The EU states want more vaccines quickly. That is why exports should be strictly monitored. How the precious funds are distributed in the community will remain a bone of contention even after the EU summit.

Brüssel (dpa) – Even after their summit, the EU states continue to argue about the distribution of scarce corona vaccines. Today the Czech Republic insisted again on corrections, and Austria, too, is still hoping for additional amounts of vaccine.

Negotiations are now to be started again in Brussels. The heads of state and government agreed, however, that vaccine exports to third countries should be monitored so that the EU as a whole is supplied fairly by the manufacturers.

This also makes export bans possible – but for fear of countermeasures these should only be imposed in an emergency. Chancellor Angela Merkel said yesterday evening: “With regard to the Export Control Ordinance, we said that we do not want any disruption to the international global supply chains, but that we are of course interested in the companies that have concluded contracts with us really being faithful to the contract.” The EU delivers corona vaccine all over the world, unlike the USA or Great Britain. But they also want to take care of their own population.

In view of the shortage, Austria and five other countries had requested corrections to the internal distribution of vaccines in the EU. But they achieved little at the summit. In their final declaration, the heads of state and government basically reaffirmed the previous distribution key according to population size. After hours of dispute, it was only agreed to continue negotiations on an early partial delivery of ten million vaccine doses from Biontech / Pfizer “in a spirit of solidarity”. This could be used to fill a few holes in the short term.

So far, the distribution has been as follows: Basically, the states have access to a share according to their population size in the EU – for Germany that is just under 19 percent. If a country does not want its share or not in full, other EU states can buy up the quantities. For example, some states were skeptical of the expensive vaccine from Biontech / Pfizer and relied more heavily on the inexpensive product from Astrazeneca, which is now experiencing significant delivery problems. So they fell behind.

The Czech Prime Minister Andrej Babis said on Friday that if the system were to continue as before, some states would have enough vaccine for 90 percent of their population in the summer, while others only for 40 percent. “This is unacceptable.” With more than 500 infections per 100,000 inhabitants within seven, the Czech Republic is currently particularly hard hit by Corona.

Babis welcomed that ten million early doses of the Biontech / Pfizer vaccine could be used for compensation. The division of this delivery, which the manufacturer had also promised for the second quarter, had already been disputed before the summit, and even that did not yet provide a solution.

Austria’s Chancellor Sebastian Kurz today admitted that a compromise had to be found. He did not want to say how many additional vaccine doses he was hoping for, but was optimistic that Austria would benefit from a solution.

Kurz in particular was not well received by the other heads of state and government with his demands. “Sebastian Kurz gambled away,” said an EU diplomat. Dutch Prime Minister Mark Rutte said a look at the numbers shows that Bulgaria, Latvia and Croatia in particular have a problem. You want to help them. In the case of Austria, however, he cannot currently see this.

The EU summit on Turkey found a common line: the country is promised a closer partnership because of the easing of the natural gas dispute. Among other things, the 27 states decided to start preparing for an expansion of the customs union. Ankara was also indirectly offered the prospect of visa liberalization. In addition, the EU wants to strengthen cooperation on migration policy and prepare possible further financial aid for the care of Syrian refugees.

The Turkish Foreign Ministry said that it was pleased about the announcement that it wanted to continue relations on the basis of a “positive agenda”. Ankara criticized, however, that future steps were tied to conditions, that certain topics were left out and that decisions were postponed until June.

Laschet and the CDU chairmanship: the candidate of the establishment

Crypto market report: This is how Bitcoin, Litecoin & Co. will...