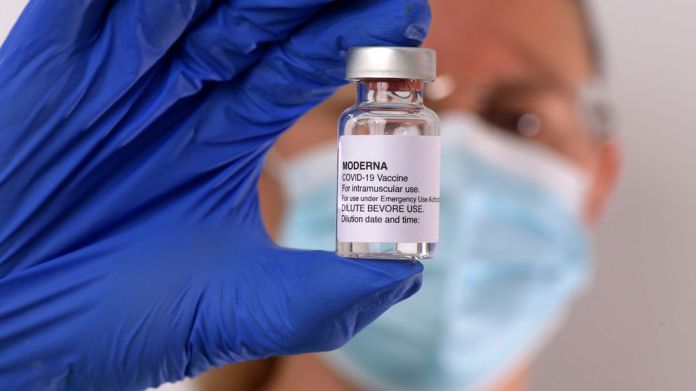 Similar to the flu vaccines, the Covid-19 vaccines will likely need regular adjustments and updates. Vaccine manufacturers like Biontech are already in the process of developing possible updates for new virus variants. The South African variant and the Brazilian variant already have properties that could reduce the originally intended vaccination protection. Researchers also expect other variants that occur when there is a high infection rate. So it could be that in the future, in addition to the annual flu vaccination, the corona vaccination will also be due – at least as long as the pandemic is still in full swing.

Researchers at the Berlin Charité, headed by virologist Christian Drosten, also predict that adjustments will have to be made. “After a few years, however, a longer shelf life of the vaccines can be expected,” said a report on a study published in mid-March in the specialist magazine “Virus Evolution”. The scientists compared the evolution of cold coronaviruses, which are very similar to Sars-CoV-2 in terms of spike protein, with that of flu viruses – and discovered some evidence for their thesis.

The researchers examined the development of the spike gene in the two longest known coronaviruses 229E and OC43 over the past 40 years. For comparison, the researchers looked at the influenza strain H3N2, which evades the human immune reaction particularly efficiently. And both the corona and influenza viruses showed a pronounced staircase shape: “Such an asymmetrical family tree means that a circulating virus line is regularly replaced by another because it has a survival advantage,” says Wendy K. Jó from the Charité Institute for Virology quoted. “This is an indication of a so-called antigen drift, i.e. a continuous change in the surface structures through which viruses evade the human immune reaction.” It is therefore very likely that the domestic coronaviruses escape the immune system using the same mechanism as the flu virus.

Where there are many infections, a virus can also develop faster.

Another important factor is speed. The evolution of coronaviruses takes place much more slowly. While 25 mutations per 10,000 genetic components accumulated in the influenza sequence per year, there were only around six mutations in the coronavirus, the scientists write. This means that the common coronaviruses changed four times more slowly than the flu virus. “With a view to Sars-CoV-2, this is good news,” says Christian Drosten.

The rate of evolution of the pandemic pathogen is currently estimated at around ten mutations per 10,000 genetic components per year, but significantly higher than that of older coronaviruses. “The reason for this lies mainly in the high number of infections during the pandemic: where there are many infections, a virus can also develop more quickly,” says study director Jan Felix Drexler. It can be assumed that Sars-CoV-2 will also continue to change, but more slowly as soon as the infection process subsides. This happens when the majority of people have recovered or have been vaccinated.

During the pandemic, the vaccines would have to be checked regularly and adjusted if necessary, the Charité researchers recommend. The Paul Ehrlich Institute assumes that the mRNA vaccines such as those from Biontech and Moderna could be modified within six weeks and tailored to individual mutants. Then another six weeks would have to be allowed for the changed production.

With vector vaccines – such as Astrazeneca’s – there is a larger window of opportunity for adjustments. The carrier viruses, which inject the genetic material of a pathogen for the immune response into the cells via vaccination, would first have to be bred again, said vaccine expert Marylyn Addo recently in a conversation with the Science Media Center. “It will probably take two to three months.” As soon as the infection process subsides, the vaccinations will probably offer longer protection, according to Charité researchers.

Coronavirus made Berset feel its limits

The “maximum” was just good enough for him: Otto Baric is...

Curfew in several districts – and in Hattersheim | hessenschau.de

Federal Fiscal Court without leadership for months due to lack of...

Despite corona lockdown: why are the numbers still so high?