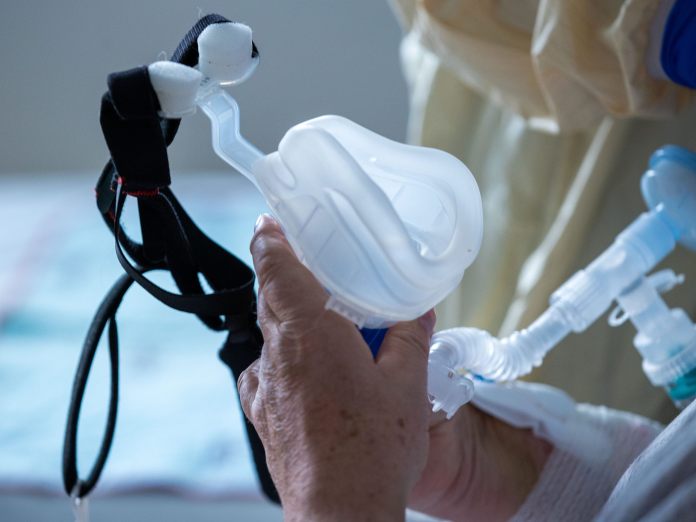 
The intensive care units are currently being prepared for the highest level of utilization.
© WHAT

At the moment, Vienna does not have to outsource any corona patients to other federal states. The normal wards are currently working at Corona level five, intensive care units are being prepared for the highest level eight.

The number of people infected with the coronavirus who need hospital care in Vienna is increasing and increasing: According to data from the Ministry of Health and the Interior Ministry on Tuesday, a total of 728 people are hospitalized, 39 more than yesterday Monday. 206 of these people require intensive medical care. Even if the hospitals reach their capacity limits, transferring patients to other federal states is not an issue.

There are several reasons for this, as a spokesman for the Vienna Health Association explained to the APA: “There is currently no need to relocate patients. At the moment – as of now – we can handle the capacities.” He also added, “Of course that’s a snapshot in a pandemic.” In addition, the transfers would make no sense, as the number of new corona infections is also increasing in the other federal states and the hospital resources there are also likely to be fully used.

In Vienna, 522 people are currently in so-called normal beds due to a coronavirus infection, and another 206 people require intensive medical care. In the houses of the Vienna Health Association, 459 of them are cared for in the normal bed area and 180 in the intensive care area. The other Covid patients are in facilities of the religious order hospitals, which also care for corona sufferers.

Considered over a longer period of time, the increase in patients on the wards in Vienna’s hospitals remains considerable. In a weekly comparison, 92 people or 14.5 percent more need to be cared for in the hospital. In the intensive care units there are 38 people or 22.6 percent more.

At the moment, the supply is within the framework of the Covid step-by-step plan, said the health association spokesman. The planning of hospital capacities is combined with ongoing monitoring of the utilization of the Covid supply areas. This allows sufficient capacities to be made available quickly as demand increases and, conversely, to be ensured again for the standard supply. In addition to the religious hospitals, there is also cooperation with private hospitals.

The step-by-step plan comprises eight steps. At the moment, the hospitals are in the normal bed area on level five, where 550 normal beds are provided for the care of Covid sufferers. In the intensive care bed area, the hospitals operate at level seven, where around 260 intensive care beds are kept free for corona patients. This includes 90 beds equipped with high-flow oxygen devices. This enables a special oxygen therapy for corona patients.

Intensive care units are prepared at the highest level

“We are currently preparing stage eight in the intensive care bed area,” the spokesman said. Most recently it was announced that – should the situation demand it – a new level nine would also be created. However, there are still no concrete plans, said the spokesman: “We think that we can get by with the planned eight stages, and we hope that the measures and announcements taken by politicians will take a certain dynamic out of the infection process.”

In total, the health network has around 6,000 normal beds and 550 intensive care beds – but in total and not only for people suffering from Covid-19. The price of bed vacancy for corona patients is the further reduction of services.

Non-urgent operations will be postponed

But what was once again insured today: In any case, acute care will always be maintained. “All operations that have to be carried out according to medical indication are carried out,” emphasized the spokesman in the APA conversation.

As far as the general infection rate in the city is concerned, according to the city’s medical crisis team, there have been 114,552 positive confirmed tests since the beginning of the pandemic. This includes 842 new cases, including late reports from the past few days, according to a broadcast on Tuesday. Furthermore, 1,899 deaths due to or from the consequences of Covid-19 are documented. There have been eleven deaths in the past 24 hours. 102,573 people are healthy again. 10,080 people are actively suffering from the disease.

Half of positive tests with no symptoms

On Monday yesterday 62,168 corona test results were reported in Vienna, of which 27,523 were PCR tests and 34,645 rapid antigen tests. An interesting detail: Exactly half, i.e. 50 percent, of the people who are currently tested positive in Vienna were without symptoms at the time of the test, according to the crisis team broadcast.

What will be important this year

Austrians can be tested for coronavirus

Coronavirus in Stuttgart: hospitals under pressure despite lockdown due to Covid...

Laschet for new concepts in the corona pandemic | Free...

Corona aktuell: How many Germans would be vaccinated against Covid-19?