The canton of Lucerne is expanding capacities: 5600 tests per week at “Covid test points” possible

After the test offer in Lucerne was dismantled, the canton is now launching a new offer. At locations on the Allmend and in Emmenbrücke, 5,600 people should be able to be tested every week.

The canton of Lucerne is expanding its corona test offer. In cooperation with Zurich Insurance and Synlab, he is now offering rapid tests at the “Covid Test Point” in Emmenbrücke. In addition, an additional “Test Point” will be opened in the Lucerne Exhibition Center next Monday.

As the canton reports, demand has increased sharply again, especially with regard to Easter and because of the federal test offensive. Compared to the previous week, this has increased by 14 percent. The need for rapid tests is even 43 percent higher after operations in the drive-in test center in Lucerne were suspended on March 26th due to falling demand. The drive-in test centers in Nottwil and Entlebuch have meanwhile been dismantled.

“The federal government’s expanded test strategy is intended to detect infections as quickly as possible, prevent outbreaks and stop the spread of the virus,” Government Councilor Guido Graf, Health and Social Director of the Canton of Lucerne, is quoted in the message. “With the conversion and expansion of the test facilities in the canton of Lucerne, we are implementing this test strategy and creating offers that best meet the needs of the Lucerne population.”

The fact that the “drive-in” test center on the Allmend will be closed and a new test offensive will apparently be launched at the same time raises questions. “That is understandable,” says David Dürr, Head of Health and Sport in the Canton of Lucerne. “But the fact is that the demand for tests has decreased massively until recently – by around 85 percent from the New Year until the end of February.” It was therefore decided to suspend the drive-in test center. “The continued operation was simply no longer justified,” explains Dürr. This constantly demanded work and personnel from civil defense, Spitex, the Swiss Red Cross and other partner organizations. “If the test capacities are not used, that makes no sense.” Especially since it is also about taxpayers’ money and at that time no one knew about the federal test offensive.

“The new test points are better than the ‘Drive-in’ center in every respect”, says Dürr. “At the drive-in, you could only come by car or bike. Anyone can attend the new test points, even without prior notification. They also offer the full range of tests. “

Free nasopharyngeal PCR tests, mouthwash PCR tests and rapid tests for adults and children (no minimum age) are offered at both locations. The PCR confirmation test after a positive desired rapid test can also be carried out immediately after the first test. PCR tests for travel certificates (cost: CHF 133.50) are also offered. The capacity per location is around 400 tests per day, for a total of 800 per day. This means that 5,600 people can be tested per week.

“Pharmacies and hospitals also offer tests,” Dürr emphasizes. Another test center will open on March 30th in the Braui cultural center in Hochdorf. The existing test offer of the Vitaluce pharmacy will be carried over there until after Easter. A test center has also been in operation on the forecourt of the Swiss Paraplegic Center in Nottwil since Friday. Another is being considered for a retirement and nursing home in Ebikon (in cooperation with a third party provider).

The education and culture department of the canton of Lucerne is examining whether to carry out preventive tests in Lucerne schools from the 7th grade onwards after the spring break. The aim is to identify asymptomatic cases and avoid large-scale quarantine orders for learners and teachers. The Beromünster Cantonal School and the Meggen Secondary School will be available as pilot schools for voluntary tests next week. A declaration of consent is required for all persons who can be tested; the underage students must obtain parental consent.

In the preventive, repetitive tests, PCR saliva tests are used, which are pooled and analyzed in groups in the laboratory. If the analysis shows that the pooled saliva sample is positive, the individual samples in this group are tested again using individual PCR tests. Until the results are available, the people in this group have to go into self-isolation. The pilot project with preventive, repetitive tests has been running in seven Lucerne companies since this week. (Wed)

The “Covid Test Points” in Emmenbrücke and Lucerne are open daily; Monday to Friday from 12 p.m. to 7 p.m. and Saturday to Sunday from 10 a.m. to 5 p.m. At both locations, tests are possible with or without prior registration. If you want to be tested, you have to bring a passport or an identity card as well as a health insurance card.

The test points in the canton of Lucerne

DFB women win thanks to the free movement in the gentle...

Accident with two fatalities in Frankfurt: driver traveling too fast 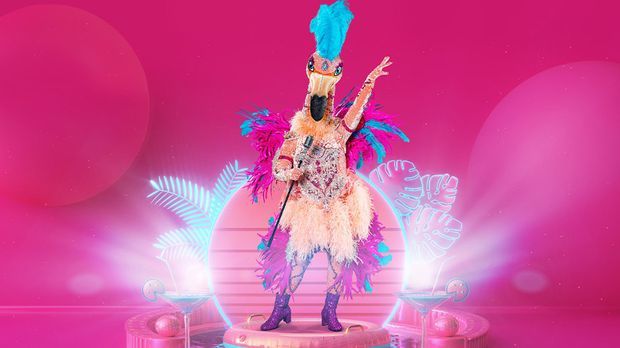 The Masked Singer – Evidence: The flamingo is 2.50 meters tall

Hungary: Klubradio station only online – freedom of the press

Raid on Islamist scene in Berlin