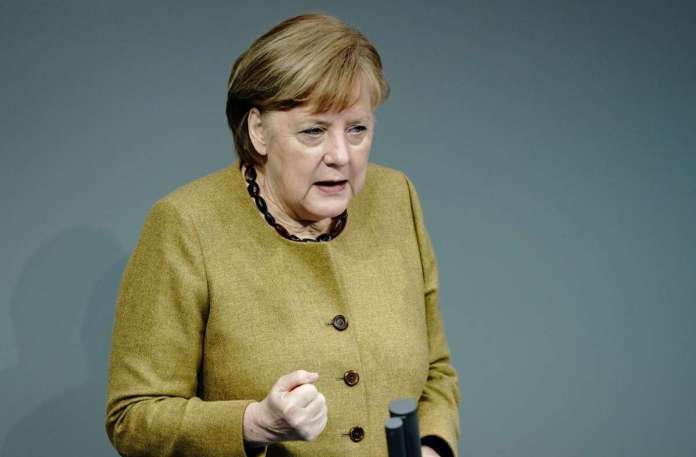 Angela Merkel has reiterated her rejection of holidays, for example in holiday apartments or on campsites, during the current corona infection situation.

Berlin – Chancellor Angela Merkel (CDU) has reiterated her rejection of holidays, for example in holiday apartments or on campsites, during the exponential growth of corona infections. “Personally, I (…) believe that the very word of low-contact vacation could be a bit misleading,” said Merkel on Wednesday in the government survey in the Bundestag.

The federal states of Schleswig-Holstein, Mecklenburg-Western Pomerania, Lower Saxony, Saxony-Anhalt and Rhineland-Palatinate had campaigned to enable low-contact holidays in their own country over Easter. However, your proposal failed in the federal-state negotiations on Monday.

Opening of outdoor catering only in areas with low numbers

Merkel said: “The fact that the families now spend their entire vacation without having contact with another family does not reveal itself to me at first glance.” That may be the case in individual cases. “Otherwise there are completely new constellations of contacts, namely people who have not known each other before come very close, and there is mobility within a federal state.” Given the current exponential growth of the corona cases, this would be “the wrong signal “, Said Merkel. With falling incidences, however, she could well imagine this.

The opening of outdoor restaurants is also not advisable in areas with values ​​over 100 new infections per 100,000 inhabitants and seven days, if one follows the assessments of the Robert Koch Institute. You have to keep an eye on the entirety of the movements towards and on the restaurant terraces and not just those at the table. In the case of lower incidences, however, the use by appointment (“Click & Meet”) is part of the existing opening concept.

The federal and state governments – Germany – are discussing these...

Amazon: Are the gifts running out because of Corona? |...

Another chase in Berlin – the car flies into the bus...

“Staatsstreichorchester”: Is the suspect already in custody?