According to the RKI, more than 75,000 people have died of the virus in Germany since the beginning of the pandemic. A majority considers the new Corona resolutions to be appropriate or not far-reaching enough. All developments in the live blog.

Kubicki: Giving back their freedom to those who have been vaccinated

Bundestag Vice-President Wolfgang Kubicki urges vaccinated people to return their liberties. “The passivity of the federal government on this question is unlawful in the long run,” said the deputy FDP chairman in the newspapers of the Funke media group. “If people who have been vaccinated in Israel can largely exercise their basic rights again and even open nightclubs again, the Federal Ministry of Health and the Robert Koch Institute will have to explain why grandchildren in Germany cannot visit their vaccinated grandparents.” The reference to one’s own ignorance, as the Ministry of Health likes to repeat, will no longer be enough at some point.

More than 75,000 corona deaths in Germany

In Germany, more than 75,000 people have died in connection with the coronavirus since the pandemic began more than a year ago. The Robert Koch Institute reported 248 more deaths in the past 24 hours. The total number of corona deaths in Germany rose to 75,212. In addition, the RKI reported 15,813 new infections. That is 2378 cases more than a week ago. The seven-day incidence remains at 108.1 compared to the previous day.

Brazil was only the second country in the world to break the 3000 corona death mark in one day. According to data from the Ministry of Health in Brasília, 3,251 people died within 24 hours. So far, only the United States had passed the 3,000 death mark in this 24-hour period. A total of 298,676 people died in connection with Covid-19 in Brazil. 82,493 people were newly infected, bringing the number of people infected with corona in the largest country in Latin America to more than 12.1 million. Only in the US are the numbers even higher.

Federal Interior Minister Horst Seehofer (CSU) has sharply criticized the resolutions of the Prime Minister’s Conference with Federal Chancellor Angela Merkel (CDU) on the Easter services. “I was amazed that parties that have the C in their name urge the churches to refrain from worship, especially at Easter,” Seehofer told the “Bild” newspaper. Seehofer said it was not about a ban or a requirement to skip services at Easter. “I would like to point out that this is a request.”

The Chinese special administrative areas of Hong Kong and Macau have temporarily suspended corona vaccinations with the vaccine from Biontech / Pfizer. The reason given by the authorities was a packaging error in a batch of the vaccine. “As a precaution, the ongoing vaccination must be suspended during the investigation period,” said the Hong Kong government in a statement.

The UK plans to start vaccinating children as early as August. This emerges from the government’s preliminary plans, writes the newspaper “The Telegraph”. That would be months earlier than expected, it is said, citing two people involved in the plans. According to the report, the basis is the results of a study by Oxford University in collaboration with AstraZeneca with 300 test subjects aged 6 to 17 years, which should be available in June or July.

Almost two thirds of Germans consider the corona measures decided at the federal-state summit to be appropriate or even not far-reaching enough. This was the result of a survey by the polling institute Forsa on behalf of the broadcasters RTL and ntv. Similar to the last Prime Minister’s Conference at the beginning of March, a majority of those questioned find the decisions confusing. In view of the increasing number of infections, 32 percent of citizens consider the measures to be appropriate, 31 percent as not yet far-reaching enough. Only a minority (32 percent) of German citizens think that the currently adopted measures went too far.

The live blog from Tuesday to read

BVB debacle against Stuttgart – RB Leipzig leaders for the time... 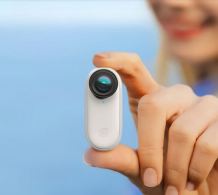 Hardly any customers: Arko from Wahlstedt files for bankruptcy | ...