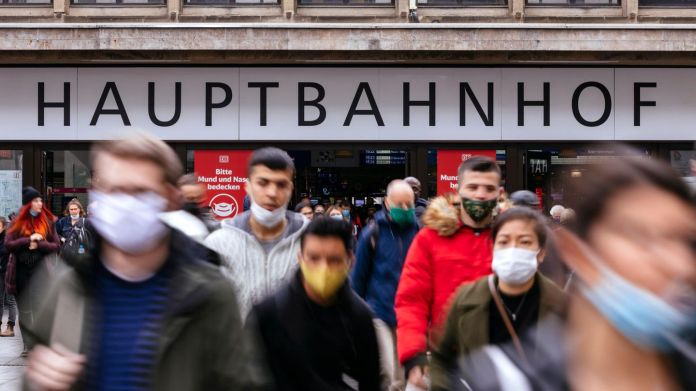 Oxford University researchers and other European scientists have been studying which anti-corona measures are most effective. Result: Above all, there is one effective remedy.

According to a recent study, strict contact restrictions are among the most effective corona measures. This is the result of an evaluation by researchers from Oxford University and other European scientists, which has not yet been peer-reviewed and published in a specialist journal. The study examines how strongly different so-called non-pharmaceutical interventions affect the R-value influence – i.e. to what extent they slow down the spread of the virus.

Strict contact bans, such as limiting all meetings to a maximum of two people, therefore has a very large effect and reduces the R-value around an estimated 26 percent. In the case of less strict contact restrictions, such as allowing two households to meet with several relatives, the effect of the measure was significantly reduced. Nocturnal exit restrictions are also an effective measure, according to the researchers; their contribution to reducing the R-value is estimated at around 13 percent. The closure of the catering trade is in a similar range with a twelve percent reduction.

When curfews against the virus can help – and when not

In order to be able to calculate these estimated values, the scientists analyzed the number of corona cases and the measures imposed from August 2020 to January 9, 2021 in several European countries and scaled them down to the individual measures. In contrast to the first wave, it was easier in the second corona wave to calculate the contribution of individual measures, since not all of them were imposed at the same time.

Nevertheless, the researchers recommended politicians to include other aspects when imposing corona measures. For example, the study could not make any statements about the effects of vaccinations and the increasing spread of corona variants. The researchers limited their analyzes to the period in which the highly infectious British variant B.1.1.7 was not yet predominant in the regions examined.

Corona vaccination: Edith Kwoizalla who was vaccinated for the first time...