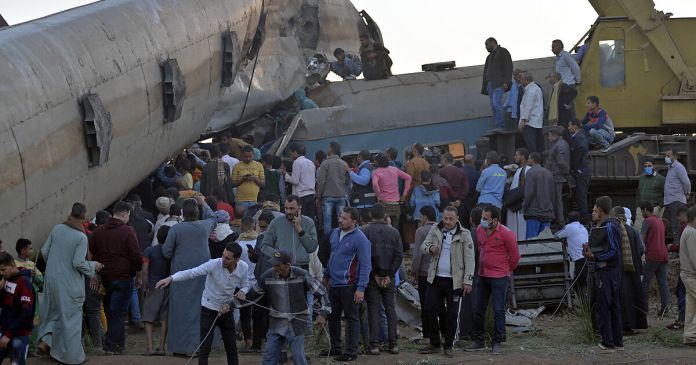 According to the authorities, fewer people died in the serious train accident in Egypt than initially assumed. The Ministry of Health announced on Saturday that 19 people died in the collision of two trains in Tahta near Assiut. On Friday, however, the ministry had spoken of 32 dead.

A review showed that some were injured coma patients, said Health Minister Hala Sajid. 185 people were injured in the train accident. According to the railway authority, the two trains collided on Friday after strangers pulled an emergency brake and brought one of the two trains to a standstill. The second train then rushed into it. Among other things, a locomotive overturned.

The wrecks have meanwhile been removed from the accident site and train traffic has resumed. Transport Minister Kamil al-Wasir announced that the Egyptian train network is to be modernized with investments equivalent to twelve billion euros. All obsolete trains should be replaced by the end of the current year.

Serious train accidents occur time and again in Egypt. According to critics, the cause is often the poor condition of trains and tracks as well as the inadequate training of train drivers.

Special solution for Vienna? Hacker wants to play sports with...

Harsh words against China and Putin: Biden on course for confrontation

The series of breakdowns on the ISS does not stop

Student in home lessons: Job center has to provide computers