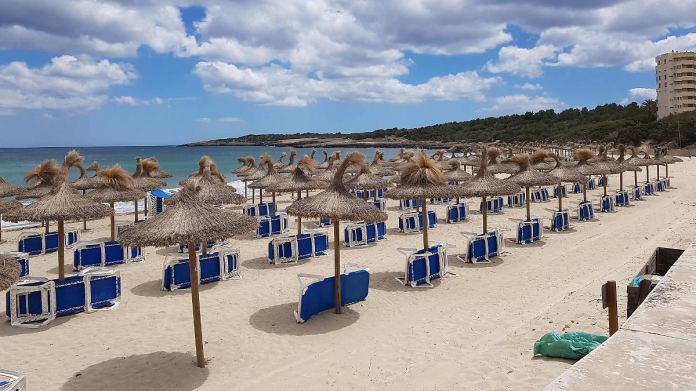 Counterattack against Lauterbach
Mallorca: are not a “banana republic”

SPD health expert Lauterbach doubts the Corona numbers of the Mallorcan authorities. “There is still trickery, I don’t believe a word,” he says on a talk show. Now Mallorca defends itself against the allegations and makes it clear: “Facts are facts.”
Health experts in Mallorca have responded with indignation to the accusation of the SPD politician Karl Lauterbach that information about the spread of the corona virus is being tricked on the holiday island. “After all, we are not in a banana republic here, but in a seriously and professionally run country,” said the renowned health expert Joan Carles March of the “Mallorca Zeitung”. Antoni Oliver, chief biologist at the Son Espases State Hospital in Palma, where virus samples from the Balearic Islands are analyzed, said: “Facts are facts, that’s outrageous if they are presented differently.”

Lauterbach had questioned the statement that the more dangerous Corona variant P1 from Brazil had not been found on Mallorca. Literally he said on Thursday evening on the ZDF show Maybrit Illner: “There is also still trickery, I don’t believe a word. I think that they have long since P1. And I don’t believe the number of cases either.” He did not provide any evidence for his statements.

The Son Espases clinic had already denied the reports that were also circulating in Germany on Tuesday that variant P1 had been diagnosed on Mallorca. “We found variant B.1.1.28. The dangerous variant (from Brazil) is B.1.1.28.1, also known as P1,” said the clinic’s spokesman, Juan Carlos González.

Health expert March showed understanding for the excitement in Germany. He could understand that the nerves were on edge there, not least because of the high Corona values, he told the “Mallorca Zeitung”. “Nevertheless, one should try to look at these issues rationally,” he warned. This also applies to Lauterbach’s accusation that the low corona numbers are not credible. “The Balearic Islands are one of the regions in Spain where the tracking of the chains of infection and the analysis of the data work best,” said March.

The number of new infections per 100,000 inhabitants within seven days in the Balearic Islands is currently around 30. For comparison: In Germany, this value is currently increasing daily and according to the Robert Koch Institute was 119 in the morning.

Shutdown in South East England – New Corona Mutation: The Most...

24 Christmas films for a cozy Advent

After the explosion in Nortorf: investigators find corpse | NDR.de...