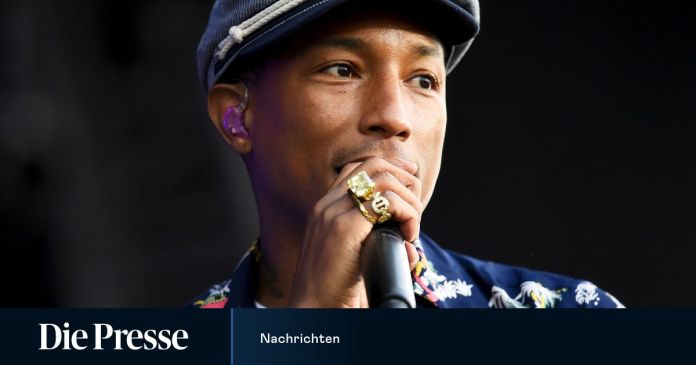 Eight people were injured in the chaotic night over the weekend with multiple exchanges of fire in the US city of Virginia Beach.

A cousin of the successful US musician Pharrell Williams is one of the two victims of the chaotic night with several exchanges of fire in the US city of Virginia Beach over the weekend. The artist announced this early Tuesday on his Twitter and Instagram accounts. “My cousin Donovon was killed in the shootings,” Williams wrote. “The loss of these lives is an immeasurable tragedy.”

At the same time, Williams expressed the hope that the circumstances that led to the death of his 25-year-old cousin and a wife will be clarified: “It is crucial that my family and the families of the other victims get the transparency they deserve. VA Beach is the epitome of hope and we will get through it. ” Eight people were injured in the incidents on Saturday night in the city in the US east coast state of Virginia. According to media reports, three people arrested are still in custody.

Body camera was not switched on

The local police chief Paul Neudigate had spoken at the weekend of a “chaotic night” with various crime scenes, in which some of the people involved were armed. According to media reports, it is unclear, among other things, why the policeman who shot Williams’ cousin Donovon Lynch was wearing a body camera, but it was not activated and so there was no video material either. Neudigate had confirmed at a press conference that the camera was not switched on, as the local broadcaster WTKR reported on Monday.

In addition, there are contradicting statements from the police about whether Lynch had a gun with him or not, the local broadcaster affiliated with CBS said. Neudigate first said over the weekend that there had been another incident in which a police officer shot a 25-year-old armed man.

Grill den Henssler (VOX): Thomalla films behind the scenes – when...

Corona News: Tui gets government aid in the billions – politics

This is how the mass tests work in January – coronavirus

APAS boss traded in Wirecard shares during the investigation

Breaking up Real: In these cities, the supermarket giant will soon...