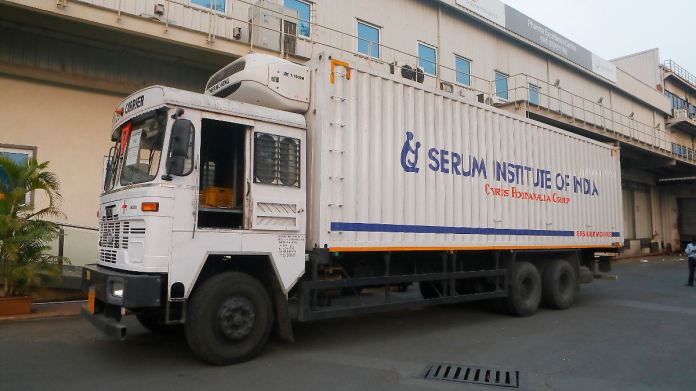 India is heading for a new corona wave. Also known as the world’s pharmacy, the country is now restricting vaccine exports. This could have admirable consequences for the United Nations vaccination program – it would delay almost 90 percent of the planned delivery.
There are significant delays in the worldwide delivery of corona vaccines due to export restrictions in India. The United Nations solidarity vaccination program Covax expects that deliveries planned for March and April will not arrive as expected, as a spokeswoman for the vaccination initiative Gavi said. The African health authority Africa CDC expressed concern that this could seriously affect the fight against the coronavirus in Africa.

India is one of the main suppliers for Covax. The country is generally known as the world’s pharmacy, producing more than half of all vaccines in the world. Covax wanted to deliver a total of 237 million vaccine doses from the beginning of March to May – more than 100 million of them were manufactured by the Serum Institute in India. Now the delivery of up to 90 million doses, which Covax should receive in March and April, would be delayed, Covax said. 28 million have arrived so far. In addition, Covax has delivered a good half of the 1.2 million doses of the Biontech / Pfizer vaccine. In total, the first deliveries were made to more than 50 countries.

Gavi representatives negotiated with India about the fastest possible delivery of the contractually promised cans. The Serum Institute received financial support to expand vaccine production, emphasized the vaccination initiative. Astrazenaca vaccination doses produced elsewhere can also only be delivered in April instead of March, Gavi said.

The background to this is that India itself is claiming the production of the vaccine. “Delays in obtaining export licenses for vaccine doses manufactured by the Serum Institute are due to the increased demand for Covid-19 vaccine in India,” said Gavi.

Impeachment from Donald Trump – impeachment proceedings against Trump set to...

Biathlon in Oberhof today in the live ticker: The women’s sprint...

It’s not just the chips – hardware

Open EU borders – at what price?