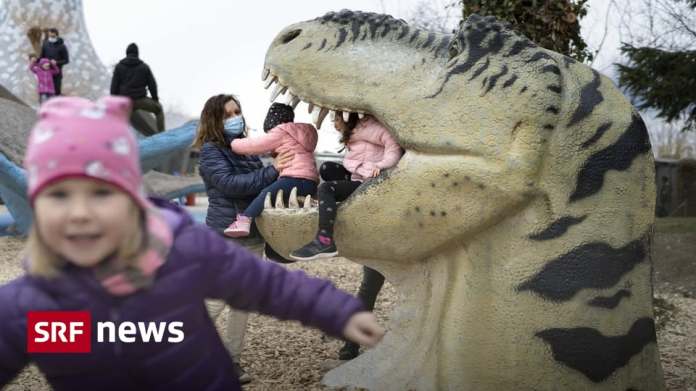 The number of cases of corona among children has increased in the last few days and weeks – especially in Germany, but also in Switzerland. Is it because of the virus mutations? For SRF science journalist Katrin Zöfel, several factors can trigger such developments.

SRF News: Especially with children, the corona numbers are increasing sharply, with the youngest soon more than in the second wave. What are the reasons?

Katrin Zöfel: There can always be several factors behind such developments and it is often difficult to distinguish between these factors. The fear that the British variant B117, which is around 50 percent more contagious overall, could lead to more cases among children, existed among researchers as early as December 2020.

Individual studies see better transferability among children for B117, others not – the picture is mixed.

In the meantime there has also been observation that infections among children and adolescents are increasing in the USA, Israel, but also in Germany and Switzerland. Whether or not this happens because of the British variant has not yet been proven. Individual studies see better transferability among children for B117, others not – the picture is mixed. It is also possible that the increased number of tests in schools will uncover previously undiscovered cases, but it is questionable how much that matters.

Which children are more at risk: toddlers or those in primary or middle school?

Nobody has really investigated this very well for the new variant B117 bis. So far, the basic principle of Corona is that susceptibility increases with age. This may be due to the fact that in children the immune defense by corona-like viruses, which constantly cause colds in children, is already well adjusted to corona defense. An effect that diminishes with age.

Infection can of course be prevented by closing daycare centers and schools, but the price is high.

What can broad tests do?

The more tests are carried out, the more cases are detected early, i.e. in good time before they can set long chains of infection in motion. That means: consistent, broad testing effectively lowers the number of infections; this applies equally to old and new virus variants.

Which test variants are best for schools?

There are rapid tests suitable for children that only require a nasal swab in the front nasal area. The result can be read off the test strip immediately after 15 minutes. Spit tests are an alternative. They are more sensitive, which means that fewer infections are overlooked with them. However, these tests have to be evaluated in the laboratory, so it takes longer before the result is there.

Closing daycare centers and schools is a pretty radical measure. This is a good way to prevent infections, of course, but the price is high. Whether B117 is so much more contagious among children and adolescents that closings or more changing lessons will be necessary, can hardly be estimated now.

The interview was conducted by Alexandros Koulouris.

What the virus does to your head

Germany is to become the “number 1 games location”

FC St. Pauli: Smith next loan player against the crisis –...