Mass tests at high schools in Zug: deep positivity should lead to relief

The FDP cantonal councilor Peter Letter (Oberägeri) questions the rigid corona measures at the Zug upper level. The government should show how, for example, easing the mask requirement could take place.

At the schools of the Zug upper level, all students are regularly tested for Corona. These so-called spit tests have low positivity rates, as Canton Councilor Peter Letter (FDP / Oberägeri) explains in a small inquiry. “According to unofficial information, the rates were even lower in the following weeks,” claims the Cantonal Council. However, according to the letter, this fact, which is positive in itself, is not accompanied by the corresponding relaxation of the measures. At the secondary schools, there is a strict mask requirement on the entire school area – whether inside or outside.

Although the government council had stated that it could envision easing the requirement to wear a mask if the figures would support a corresponding relaxation, according to the letter nothing has been specified in this regard.

Targeted measures instead of general obligations?

The Oberäger canton council asks the government council several questions. Among other things, whether it is conceivable to immediately lift the mask requirement in class. He also wants to know whether the suspicion of experts has been confirmed by the mass tests, according to which schools and young people are not drivers of the pandemic. He also demands information on whether the government is considering “introducing a better differentiation of protective measures in schools to protect people at risk, instead of including all teenagers with a general mask requirement”.

And if the results of the mass tests at the Zug upper level are not included in the statistics of the Federal Office of Public Health (BAG) for calculating the positivity rate: Why is that and what would this rate look like in the canton of Zug, the results of the tests would be included in the calculation included? In addition: Are there any model calculations of how the test results can be extrapolated to the entire population of Zug?

Jens Harzer kept the Iffland ring next to his underpants

Shortly before “Black Friday”: Verdi calls for strikes on Amazon

Stress from the tee – golf-live.at 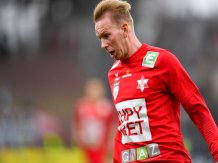 Exciting Styrian derby with a last-minute goal: The GAK and Lafnitz...

Loosen or tighten? Government will advise on the corona situation...