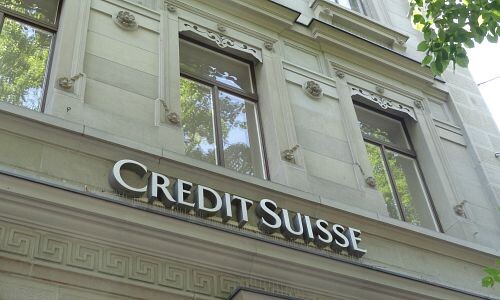 The major Swiss bank Credit Suisse has apparently calculated internally for the first time how much the damage in connection with the Greensill funds could be.

Credit Suisse (CS) specialists have calculated for the first time that the major Swiss bank could lose up to 3 billion dollars in the wake of the scandal surrounding the specialist financing company Greensill Capital, according to the British newspaper “Financial Times” (Item chargeable) reported on Thursday evening. This amount would roughly correspond to the profit the bank made last year.

According to other reports, it took CS three weeks to unravel the contracts on which the so-called supply chain finance funds were based. These vehicles were closed on March 1, 2021, with a total value of $ 10 billion. The funds were mainly offered to institutional customers as relatively low-risk products. Around 1,000 investors are likely to have invested in these funds to date.

A person familiar with the matter told the Financial Times that the 3 billion dollars were the theoretical maximum and that CS would endeavor to reduce the losses even further. However, this is likely to be a lengthy process that will put a lasting strain on Thomas Gottstein’s tenure as CEO of the bank, although in this case he is not to blame.

In the near future, CS will primarily have to deal with lawsuits from investors. According to reports, several law firms in Zurich and London are already preparing lawsuits on behalf of investors in order to compensate for the possible losses. Credit Suisse declined to comment on this information.

The Swiss business magazine “Bilanz” (Item chargeable) reported a loss of up to two billion dollars this week.

Schweitzer remains under discussion as a coach at Ried – football