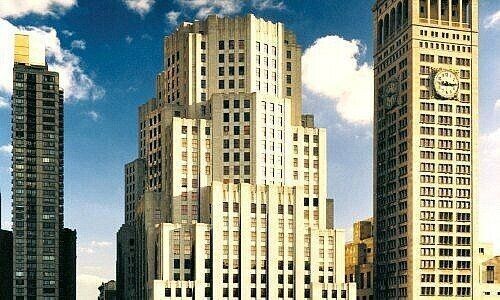 Credit Suisse (CS) warned of possible high losses on Monday morning. These could affect the results of the first quarter of 2021, it said in a brief statement.

The reason for the possible losses is a US hedge fund that is forced to sell positions after margin calls. The CS had apparently given the hedge fund loans that have now failed. The fund was unable to meet the margin calls that were required at the end of last week. Now the CS is about to sell its positions. Other banks are also affected.

It is too early to say the exact amount of the losses. Almost two weeks ago, CS had the CEO Thomas Gottstein talked about an excellent first quarter of 2021. Further information announced by CS will show whether this forecast has now become obsolete.

The hedge fund appears to be Archegos Capital Management in New York. According to the news sites “CNBC” and “Bloomberg”, this fund had triggered a massive sell-off in shares of media groups such as Disney and Viacom. The positions were said to have been bought with very high credit.

According to “Bloomberg”, the US banks Morgan Stanley and Goldman Sachs had arranged the sales amounting to around 20 billion dollars.

Another source of fire

Even if the information available on this potential loss of CS is still poor: The Swiss bank is now blazing. With its closed supply chain finance fund, which CS operated together with the British-Australian investment bank Greensill, CS is currently suffering from its Waterloo. There is a risk of a loss in the billions after Greensill collapsed. CS had over $ 10 billion in client money in the fund.

According to “Bloomberg” and “CNBC”, Bill Hwang, a former analyst of the legendary hedge fund Tiger Management, is behind Archegos Capital Management. Hwang had to pay $ 44 million to the US regulator SEC in 2012 after it was proven that he was insider trading in Chinese stocks. In 2014, the Hong Kong Stock Exchange banned him from all business for four years. There Hwang paid a fine of $ 5.3 million.

According to “Bloomberg”, Hwang was then on a “black list”. Investment bank Goldman Sachs stopped doing business with him until 2018. But other banks, including CS, had been less squeamish and continued to have lucrative relationships with Hwang. Goldman Sachs also took him back as a customer after 2018.

Grosjean released from hospital after a horror accident

Mutated coronavirus: what a more contagious virus variant would mean for...

Anna Gasser is fourth in the Big Air World Championship