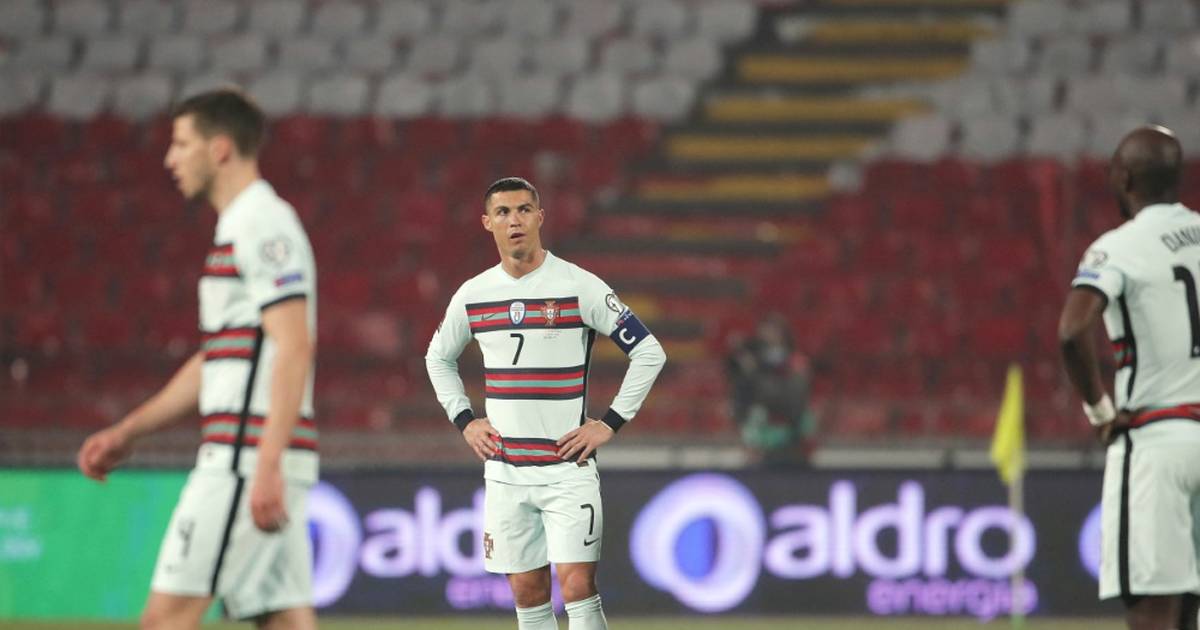 In the final phase of the World Cup qualifier between Serbia and Portugal, things got really turbulent again.

Serbian goalkeeper Marko Dmitrovic misjudged a long ball and Cristiano Ronaldo maneuvered the ball past him onto an almost empty goal. Stefan Mitrovic tried to clear the last few centimeters, but the ball was probably already behind the line. (Schedule and results of the World Cup qualification)

Ronaldo was already jubilant – but the hit didn’t count! Thereupon the Portuguese cursed with gestures and saw the yellow card.

After the final whistle, Ronaldo angrily threw his captain’s armband on the lawn and disappeared in the direction of the cabin.

Less than an hour after the game, Ronaldo commented on Instagram about the missing goal. “I give and will always give everything for my country, that will never change. But there are difficult moments that you have to deal with, especially when you have the feeling that an entire nation is being harmed,” said the superstar.

Portugal gave up a 2-0 lead in the top game in Serbia with a 2-2 (2-0) lead and had to be content with second place in the table in Group A. (The tables of the World Cup qualification)

Diogo Jota from English champions FC Liverpool had put the Portuguese in the lead with a brace (11th / 36th). Aleksandar Mitrovic shortened shortly after the break (46th), Filip Kostic from Frankfurt equalized (60th). In the final phase Nikola Milenkovic received the red card after a gross foul (90th + 2).

World number one Belgium is also second in Group E after 1: 1 (0: 0) in the Czech Republic.

Questions and answers on the power struggle between Hitzlsperger and Vogt

Shot on iPhone 12: These are the most beautiful pictures from...

Tatort from Ludwigshafen: That’s why the musician Clueso is playing