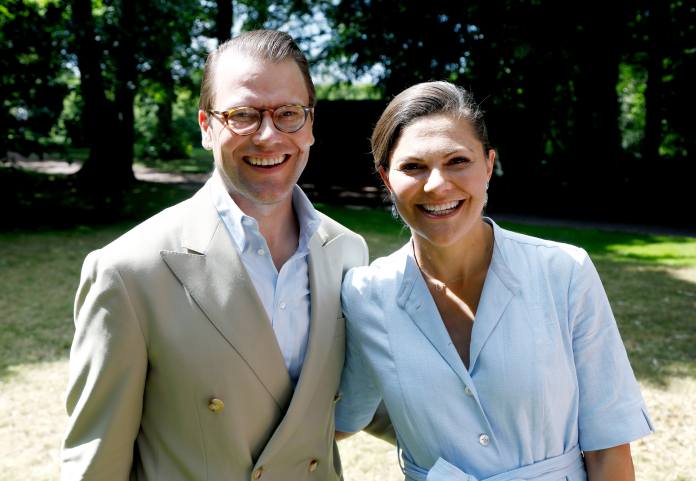 Crown Princess Victoria and Prince Daniel have every reason to be happy. As if by a miracle, both of them survived their Covid 19 disease well. There were many worries about the prince consort in particular.

All of Sweden breathes a sigh of relief. Crown Princess Victoria and Prince Daniel have fully recovered from their corona infection. “You are healthy again, but still isolated at home according to the recommendations of the public health authority,” said information chief Margareta Thorgren “SVT”. “They had milder symptoms that didn’t get worse, but got better soon.” What great news!

Prince Daniel was in grave danger

On March 11, it was announced that the Swedish royals had been infected with Covid-19. By then, the couple was already struggling with symptoms.

The people were particularly concerned about Prince Daniel. The 47-year-old had a new kidney transplant in 2009. His father Olle Westling had donated a “quality kidney” to him, as he jokes. However, in order for the donor organ not to be rejected, the royal must take medication daily. However, these also have the consequence that his immune system is weakened. A severe course of Covid-19 could have put Crown Princess Victoria’s husband in serious danger. But miraculously, the Swedish royal was spared.

He lives as healthy as possible

But Prince Daniel was more than lucky. He has also actively done something for his health. As a former fitness trainer, he is very familiar with this. The father of Princess Estelle and Prince Oscar does a lot of sport and has a very healthy diet. Alcohol and cigarettes are taboo. Because Crown Princess Victoria’s husband knows that life has given him a second chance that he does not want to risk lightly.

USA under Biden: what will really change?

Williams with a change of philosophy: is poker going to work?

Two people injured in an apartment fire in Frankfurt

Coronavirus: This is how the cantons provide information about vaccination numbers