What began years ago as a gimmick for nerds has now grown into a billion dollar business: Last Saturday, the price of the crypto currency Bitcoin cracked the $ 60,000 mark for the first time.

But not only early Bitcoin owners can now look forward to the cryptocurrency hype and rising prices. The digital traders are also involved in buying and selling the various digital currencies.

The Viennese company Bitpanda secured an investment of 170 million euros, with which the cryptocurrency company currently has a valuation of over one billion euros, reported the “Financial Times” and “standard.at” on Tuesday.

To explain: A unicorn describes a start-up company with a market valuation, prior to an IPO or an exit, of more than one billion US dollars.

The investment round will be led by Valar Ventures around the German-American tech billionaire Peter Thiel, and DST Global will also be there. The financing was signed last week and is in the approval process of the Financial Market Authority.

Precious metals such as gold and silver are also traded

“Private investors will soon have access to an even larger selection of digital assets and we want to bring our offer to further new markets,” said Bitpanda managing director Eric Demuth about the “standard”.

In addition to crypto assets, precious metals such as gold and silver have also been traded on the platform since 2019. In mid-February, Bitpanda got the license as a securities dealer. From April it should be possible to invest in shares and ETFs.

Bitpanda was founded in 2014 by Eric Demuth, Paul Klanschek and Christian Trummer. The company currently employs more than 350 people from 50 nations. Recently they expanded their business to France, Spain and Turkey, Italy and Poland. New branches are to be opened in Berlin, London, Paris, Madrid and also Barcelona and further new markets are to be opened up with the fresh money, according to the report.

Demuth, 34, and Klanschek, just 31 years old, are now worth more than 300 million US dollars each with the investment – at least on paper. They own the majority of the company shares.

Merchants like Bitpanda make their money with the fees they charge for every transaction made through their platform. In the case of the Viennese start-up, this is a very common 1.49 percent. The CEOs told the Financial Times that the majority of their income is financed by the fees.

Bitpanda is holding back with exact figures, but according to the US newspaper it was revealed that the past year was anything but a time of crisis for the crypto trader.

This year, in mid-February, as much profit was made as in the entire year 2020. Your trading volume would currently be ten times as high as in March of last year. Bitpanda bosses consider the level of their fees to be justified and common for the industry. At the same time, however, they admitted that lower fees on the crypto market can be expected next year.

Critics see these developments in the cryptocurrency trading market as a bubble phenomenon. As soon as the rate of digital currencies falls again, demand and transactions will also decline rapidly. More “unicorns” are to be expected in the area – albeit an equally quick dive. (ast)

Augsburg: Co-founder of the anti-corona movement: “Our protest goes unheard”

With its COVID-19 vaccine, Moderna represents the innovative strength of the... 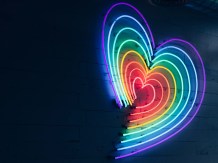 The most beautiful pictures for Valentine’s Day for WhatsApp

“Dr. Doom “warns of a new US speculative bubble