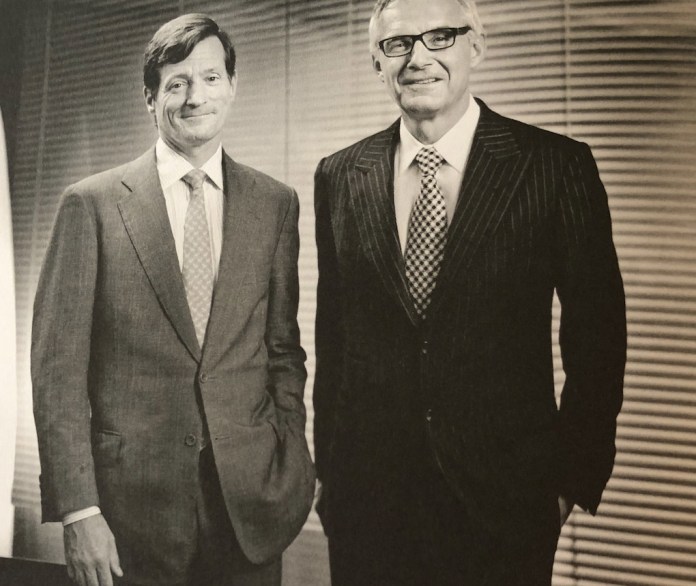 Credit Suisse has raised massive amounts of capital over the past 9 years, in the era of its CEOs Brady Dougan and Tidjane Thiam. Now, Thomas Gottstein, who was appointed a year ago, started his first New Year as CEO with the claim of a clean table.

Hardly said, the funds of the Australian financier Lex Greensill collapsed. As a result, the CS threatens a next quarter with red figures.

That already happened to her in the fourth quarter of 2020, when CEO Gottstein tackled a lot of legacy issues: a stake in a US hedge fund, open processes relating to the financial crisis of 2008, together more than a billion write-offs.

The bottom line was 350 million minus for the period from October to December last year.

The first quarter of 2021 will end in a few days. And the question will be how much of the billions in Greensill Funds that are at risk does CS have to take on its own.

Depending on the provisions the bank has made for the major crisis, it could need fresh capital.

She doesn’t want to know anything about it. „Our forecast for the CET1 core capital ratio of at least 12.5% ​​for at least the first half of 2021 remains unchanged, as does our forecast for our share buyback program, which we are continuing to implement. ”

Needing more capital, that happened to Tidjane Thiam after he cleaned up old positions in the investment bank. The CS needed 6 billion fresh money under its then fresh boss.

Contrary to today’s statement, Thomas Gottstein and the Board of Directors of Credit Suisse could come to the conclusion that the next infusion makes sense.

These are considerations that are making the rounds in financial circles; There is still no clear information in this direction.

What is certain is that Finma has invaded CS. The Bernese banking supervisory authority wants to know from those responsible how this debacle came about, who is responsible for it and how the bank can safely get out of the crisis.

Above all, those responsible must quickly stop possible customer outflows. As reported by the SonntagsZeitung, several hundred wealthy private clients from the bank’s wealth management were heavily invested in their Greensill funds.

CS had been promoting the funds in its global asset management to the last, not least with advisers from Greensill such as ex-UK Prime Minister David Cameron.

The selling point was to put the cash that was lying around, threatened by negative interest rates, into Greensill’s supposedly fail-safe supply chain vehicle.

The lure came on, fund assets shot up. The yield on Greensill investments was a few percent year after year, which was proud for an interest product.

Investors rubbed their hands over the beautiful income without wondering how this could be possible without taking great risks.

This is the wording of the decision by the federal and...