Credit Suisse boardrooms let their lawyers off a leash in the Greensill and Gupta affair. Yesterday she sent an “urgent warning” for the second time within two weeks.

The bank had already made it clear in the first letter that it was “not ready” to accept the “reputation and business damaging reporting”.

“Nevertheless, you continued your campaign against our clients and reported almost daily on Credit Suisse and its exhibits in a manner that was factual and violent,” said CS in its current “warning”.

The letter comes from a Basel law firm that CS has mandated for the media. Their former partner IP had read the riot act in hundreds of text messages, some in a special tone.

A second law firm, which carries out processes for CS and had already sued IP on behalf of the big bank, has intervened in everything to do with Greensill reporting.

Their main partner said on the phone a week ago that they were now instructed to sue. Then he requested the immediate deletion of passages. IP has complied.

The threat of legal action has now intensified. “We therefore hereby once again and ultimately request you to draft your reporting truthfully, objectively and in compliance with all journalistic due diligence”, is the letter from yesterday’s media office, which was received in advance by email.

“Credit Suisse reserves the right to take all legal steps,” it said at the end. It was in response to a story yesterday that said the bank lost up to 2 billion dollars.

Later that day, Reuters reported half of the $ 5 billion in outstanding debt in the Greensill funds that CS could pay out to its affected customers as indemnity.

In an interview on Cash.ch, the Swiss fund manager Marc Possa said that the “performance record of CS President Urs Rohner (…) was catastrophic”. In another interview on Finews.ch, a risk specialist stated that CS management should “apologize now”.

The Financial Times, which started the case around CS and their Greensill funds a year ago, lists companies that had received loans from Greensill, which Greensill then passed on to investors via funds.

Some of this money could be gone. The FT writes of $ 1.3 billion to which the company of the Indian steel magnate Sanjeev Gupta owes the fund. According to the FT, the company reported that it could not repay this sum.

A US coal company called Bluestone Resources said it was “unable” to repay $ 850 million, according to FT.

With reference to CS managers, the FT then states that the bank does not expect to get back the entire 400 million dollars, which had ended up as a loan from the American construction company Katerra via Greensill and its partner SoftBank.

„There are several other creditors that are ‚dragging their heels‘ on repaying the Credit Suisse funds, according to a person briefed on the process of recovering the assets“, schreibt die FT, und rechnet aus:

„That brings the maximum exposure at around $3bn — just ahead of the bank’s net income last year, which was $2.9bn.“

Above all, the relationship with the Indian Gupta could continue to be talked about, according to insider circles. Gupta visited CS on Paradeplatz in February. It remains to be seen how big the possible failures are for the long-praised Indian based in London.

The authorities have become active with CS and other people involved. Finma is getting to the bottom of the Greensill, Gupta and SoftBank case at the big bank, and criminal proceedings are ongoing in Germany around the closed Greensill Bank. Bonuses from CS managers right up to the top boards have been partially frozen.

Police in NRW warn of vaccination fraud on the phone

“The third wave is underestimated”: Lauterbach calls for an immediate corona... 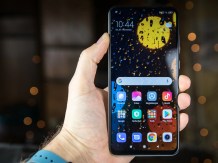 The popular Xiaomi smartphone is available for a limited time at...

Despite the shortage: Buyer secures 78 RTX 3080 for gigantic mining... Jennifer Lopez: Called off twice: She is in no hurry with...