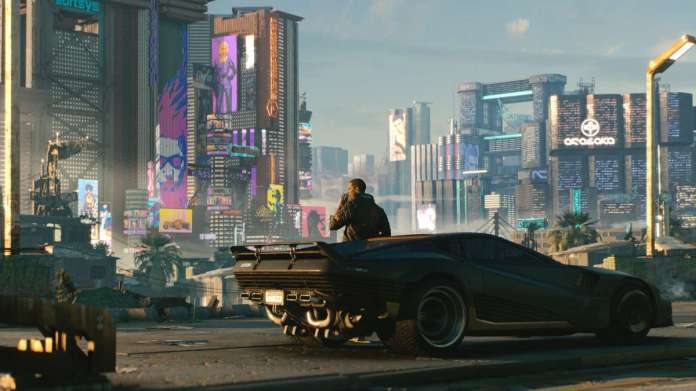 “Cyberpunk 2077” will soon get the big patch 1.2. A short video was released that made players question the improvements.

For probably no game in the past few years have the expectations been as high as for “Cyberpunk 2077”. The disappointment of many players – especially on PS4 and Xbox One * – was all the greater when the final game was plagued by bugs and performance problems. The developers of CD Projekt have apologized several times for this and announced numerous updates which gradually add improvements for “Cyberpunk 2077”. Next comes the big patch 1.2, which is supposed to fix the questionable AI of the police in the game. In a video, the developers gave a brief glimpse of exactly what it will look like – but the players are not entirely convinced.

A big criticism of “Cyberpunk 2077” is that the Police appear too fast and too close behind the player, after which he commits a crime – which was felt to be very unrealistic, even if it is a futuristic setting. That should be with Patch 1.2 get better, as announced by CD Projekt in an official blog post. According to the developers, some time will pass in the future before the police arrive at the crime scene after reporting a crime. “We have also introduced a kind of ‘reconnaissance drone’ to convey the feeling that the police have to assess the situation first,” the blog entry said.

They have exactly what that looks like in a short video demonstrated:

also read: “Cyberpunk 2077”: Multiplayer mode should not come until 2022 – according to the developers, a game of its own.

Cyberpunk 2077 players are not yet convinced

On social media such as Twitter or Reddit, numerous players comment on the changes announced for Patch 1.2. Many see these as too superficial and as cheap stopgap solution on. They criticize that the police officers still appear out of nowhere and only stay a little further away than they have been before.

In addition to the improved police AI, the update brings other innovations, including the Driving behavior and control of vehicles optimized. For many players, however, that’s not enough to justify it as a major patch. CD Projekt then has on twitter explains that these were just a few improvements for “Cyberpunk 2077” and that the full patch notes are still to be released. (Ök) * tz.de and ingame.de are offers from IPPEN.MEDIA.

Interesting too: After “GTA 5”: Will “Red Dead Redemption 2” also receive a next-gen upgrade?

Sturm Graz amateurs are aiming for promotion to the 2nd league...

Night of riot in Stuttgart: June riot: 120 suspects have been...

KAC loses in the home game against HC Innsbruck in Klagenfurt...

How the coronavirus gets to the brain