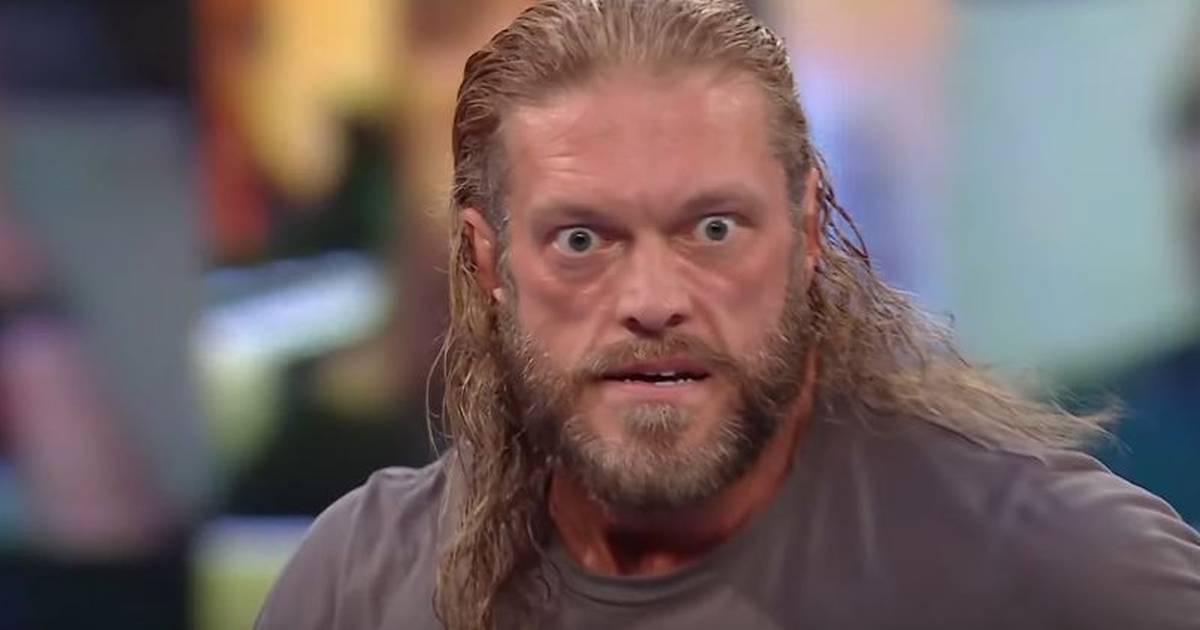 The reports of a momentous turnaround around the biggest match of the mega show WrestleMania 37 have come true: On the TV show Friday Night SmackDown, the universal title match between Roman Reigns and Edge has been expanded into a three-way battle – to the displeasure of both previous participants.

Daniel Bryan, who forced Champion Reigns to give up at Fastlane, but was cheated of the victory he deserved – also because of the activities of Edge, who was classified as “Special Enforcer” – asked for another title chance at the beginning of the show and announced that he would not close the ring leave before he gets an answer.

The producer Adam Pearce, who is currently responsible for fixing matches, made various offers to Bryan, among other things he suggested that Bryan claim the winner of the Reigns Edge match on the second WrestleMania evening. This, however, pissed Edge off, who came along and declared that he would not have waited ten years for his title chance to then have the title stolen from him by a vulture (why Edge had to pause for nine years).

Edge became so angry that he claimed that Bryan simply did not deserve his chance in spite of everything, which led to the scuffle – and Edge finally attacked Bryan with a chair.

At the end of the show, Pearce announced his decision: Reigns, Edge and Bryan will meet on the second WrestleMania evening in a Triple Threat Match for the title – which angered both Reigns and Edge, who had previously tried to strip each other Direction to pull.

All three fought and Edge finally freaked out completely: After a spear against Reigns, he again attacked Bryan with a chair and Reigns’ nephew Jey Uso.

While Reigns managed to escape from the freaking “Rated-R Superstar”, Uso and Bryan received more blows, as did the rushing officials Pat Buck and Jamie Noble.

The show ended with Edge snorting on a chair.

There were also three newly scheduled matches for the two-day WrestleMania: Among other things, the Swiss Cesaro gets his biggest pay-per-view match in a long time, in which he meets the former WWE and Universal Champion Seth Rollins.

Rollins – a good friend of Cesaro’s in real life – once again defeated Cesaro’s former tag team partner Shinsuke Nakamura in another tough match on SmackDown. When Rollins continued to attack Nakamura, Cesaro returned after a week’s absence in street clothes and beat Rollins.

There is also a match between Kevin Owens and Sami Zayn, enriched with a lot of personal history: The two Canadians, good friends for many years and partners and rivals in the independent field (as Kevin Steen and El Generico), have their feud that has spilled over to WWE last revived: Zayn had recently attacked Owens because he did not want to participate in his documentary, with which Zayn wants to expose an alleged conspiracy theory against him.

Owens therefore now challenged Zayn to a match, who reluctantly accepted and got a revenge attack. The feud will also feature a prominent guest appearance next week: Logan Paul, well-known YouTube star – and the next opponent of boxing legend Floyd Mayweather – will be the star guest of the premiere of Zayn’s documentary.

Also new on the Mania Card is an Intercontinental title rematch between Champion Big E and Apollo Crews, who defeated Big E and the Street Profits at SmackDown together with Chad Gable and Otis.

– Royal Rumble winner Bianca Belair won over Bret Hart’s niece Natalya Momentum for her WrestleMania title match against SmackDown Women’s Champion Sasha Banks. After Belair pinned Natalya according to the KOD, Banks gave her the backstabber from behind (Natalya in the SPORT1 interview: This German-speaking wrestler is the new Bret Hart).

– The father-son team Rey and Dominik Mysterio recommended themselves for a tag team title match against Dolph Ziggler and Robert Roode: Rey defeated Ziggler in an individual match, with Dominik in the end preventing Roode from unfairly preventing the pinfall.

The results of WWE Friday Night SmackDown on March 26, 2021:

Covid: ZF with a big drop in sales and a significant...

Health – British coronavirus variant for the first time in Germany...

Canoo shows an electric pick-up truck with a Bulli look