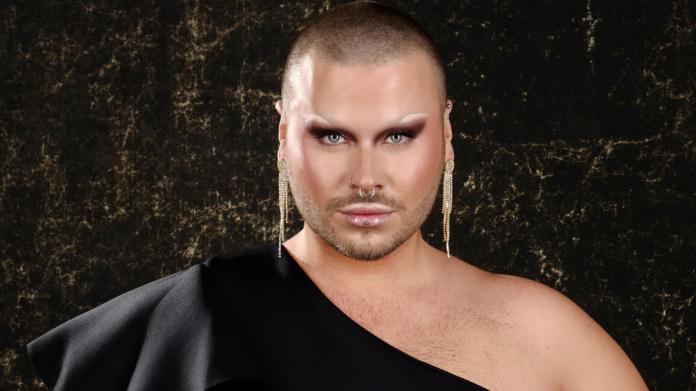 The nine best singers made it into the live shows of “Deutschland sucht den Superstar” in 2021. They compete in front of an audience of millions and fight for the title “Superstar” in 2021. Daniel “Ludi” Ludwig is there. He secured his ticket to the live shows with a mega strong last appearance in the recall finale, as can be seen here in the video.

Daniel “Ludi” Ludwig has been singing all his life

Daniel called “Ludi” is unique and he cannot be pigeonholed. He was born in Bristol, England and is an only child. When Ludi was four years old, the family moved to Germany, to a small village near Bonn. He has a great relationship with his parents, they fully supported him when he came out at the age of 15. Another important person in his life is his grandmother in England, as she has supported him in being who he is since he was born. Ludi has always been somehow different and often had the feeling “I don’t belong here as I am”.

At the age of 19 he moved from Ahrweiler to Cologne, where he trained as a photographer. During his apprenticeship, he was also responsible for applying make-up to customers. In order to practice, Ludi began to apply makeup to himself and realized that he has a weakness for makeup. His Instagram account, on which he presents his make-up skills, now has almost 45,000 followers. In the Vox Show “Let’s Glow – The Make-up Challenge” he showed his talent and emerged as the winner. He could also be seen on “First Dates”.

Ludi also tried himself out as a drag queen, but quickly realized that the complete transformation is not his. He prefers to combine his feminine and masculine side and describes himself as “Queen”.

According to his own account, Ludi has been singing since he shot out of the birth canal. He already had singing lessons, but not in the pop area, but in classical singing. During his school days he was a singer in the student big band, but he has not yet had any major appearances. His role models include Lady Gaga, Adele, Sam Smith and Lizzo. He prefers to sing ballads, heart-pain songs with a lot of emotion. Ludi’s greatest passion is creativity itself. In addition to music, he would also like to work as an actor, voice actor, or even bring his own line of cosmetics onto the market. Ludi still has a lot to show and big goals.

Hamilton is being exploited by the BLM movement

Woman’s body discovered in a car in Germany – daughter under...

Huntelaar comes on in the 89th minute – and shoots Ajax...