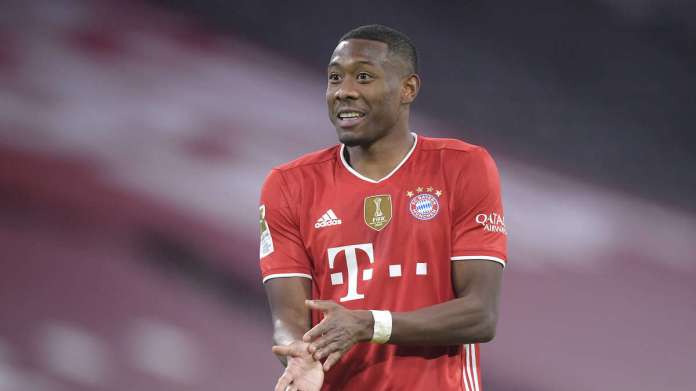 David Alaba will leave FC Bayern Munich. Many a fan has not yet coped with his departure – which is now clear under an Instagram photo.

Munich – David Alaba is one of the longest serving players at FC Bayern Munich. He has seen the sky with the reds – even twice. In 2013 and 2020 he put on the triple crown. But he also went through hell with the German record champions – for example in the final drama dahoam 2012. Alaba had to sit idly by because of a yellow card suspension while FC Chelsea kidnapped the handle pot from the Allianz Arena.

After 13 years on Säbener Strasse, the Austrian is now closing the chapter on FC Bayern Munich. The defensive specialist will leave the club – most likely for Spain. A final decision is still pending. Alaba is in demand worldwide for its qualities, the problem is apparently the high demands in terms of salary. This is one of the reasons why some well-known clubs are said to have refrained from being committed.

The image of the “greedy piranha” – as Bayern legend Uli Hoeneß described the Alaba advisor Pini Zahavi – has stuck to the FCB defender for months. This is also the impression given by a number of biting comments that piled up under an Instagram photo of the 28-year-old.

The motif: a cool Alaba with a hand in his pocket, sunglasses on his nose and a mobile phone on his ear. The accusation: “Are you asking for more money again?” In addition to reactions like this, there are also nasty comments like “only eight million net? Nene, we’ll leave it “,” make your mercenary deals out “or” is that Real Madrid ringing? “In the column.

But of course, Alaba is still favored by many fans – they praise him for his style: “As always, very casual”, “fresh” or “Nice photo, brother” can be read there. Others wonder: where was the photo taken? One seems to know: “Amigo, are you back in Vienna? I know the background. ”The insider’s assessment is likely to be correct.

In the end, Alaba got Bayern approval to support the Austrian national team in their international matches. The ÖFB convoy met in the Danube metropolis in the past few days before they set off together on their way to Scotland. Alaba and his Team Austria will play the first of three World Cup qualifying games there, followed by the Faroe Islands and Denmark. (akl)

Germany is testing what has proven itself in Ireland

Off the coast of Fukushima: Many people injured after the earthquake...