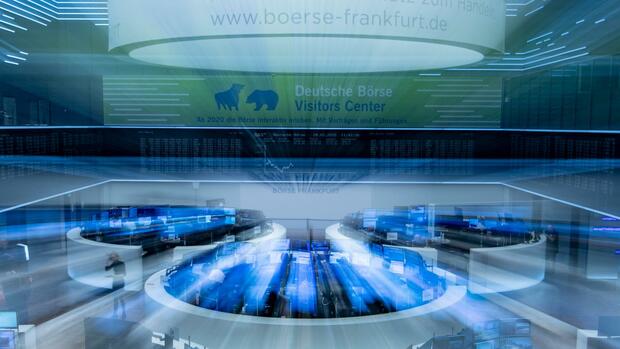 Düsseldorf The leading German index has reached a new record high of 15,030 points and has thus exceeded the 15,000 point mark for the first time in its history. He was able to stay above the mark until the end and went with 15,009 points with an increase of 1.3 percent from the trade.

One phenomenon already indicated that the leading German index should break the 15,000 point mark: rising prices before and after public holidays – in this case the Easter rally. Similar to the much better known year-end or Christmas rally, the stock markets also tend to be stronger in the week before and after Easter.

The seasonal tailwind can be justified, in the sense of the old stock exchange master André Kostolany, with the general good vibes due to the holidayswhich in turn is reflected in rising stock market prices. Last year, the Dax rose by around six percent in these two shortened trading weeks – it was the best Easter weeks in the history of the index. In 2019, too, the growth in this period was more than 2.5 percent.

The technical analysts at Bank HSBC have this phenomenon of an Easter rally examined more closely and examined at least the week before the holidays. Since 1988, the German blue chips have increased by an average of 1.05 percent during Holy Week. And that with a hit rate of 66.7 percent, which corresponds to the probability of rising prices. A particularly positive trading day is Maundy Thursday, writes HSBC analyst Jörg Scherer.

Investor sentiment is also providing clear signals that prices will continue to rise. A deterioration in sentiment when prices continue to rise is a classic indication that many investors are doubting the rally or do not have the right stocks in their portfolio. In addition, the growing hedging positions should prevent a sell-off, especially among private investors.

There is also support from chart technology: on balance, the trend in German standard values ​​is still clearly pointing upwards, according to the HSBC analysts. You will see the 15,300 point mark as the next Dax target.

Westwing: The online furniture retailer is causing a sensation with its growth prospects on the stock exchange. The shares close almost six percent in the plus. The company had previously announced that, after doubling sales in the first quarter, it was aiming for growth of 18 to 27 percent to 510 to 550 million euros for the year as a whole.

In the corona crisis, the furniture company is benefiting from the trend to spruce up the home. She had already raised the forecast in the course of 2020. The Westwing Group was the best German share with a plus of 738 percent in the past year on the stock market – at least if you disregard gamer stocks with low market capitalization.

Bank stocks: After the turbulence surrounding the troubled situation of the US hedge fund Archegos Capital at the beginning of the week, investors are picking up on bank stocks again. The European banking index is increasing by one percent. Deutsche Bank shares are up 1.6 percent. Credit Suisse, on the other hand, is slipping over three percent after collapsing around 14 percent on Monday. Investors there are concerned about the magnitude of the losses.

Biontech: The presentation of the business figures encourages further investors to join Biontech. The shares of the biotech company rise by almost ten percent to 87.80 euros. According to preliminary calculations, sales in the fourth quarter of 2020 rose to EUR 345.4 million from EUR 28 million in the same period of the previous year. The profit is 366.9 million euros, after a loss of 58.2 million euros in the final quarter of 2019. Together with its partner Pfizer, Biontech wants to produce 2.5 billion doses of the coronavirus vaccine by the end of the year.

Is the hedge fund debacle weighing on the gold price?

The gold price continues to come under pressure, falling below the $ 1,700 mark on Monday. The price per troy ounce is currently quoted at $ 1,683, a decrease of 1.7 percent. Gold is heading for the first quarterly decline since 2018.

According to Commerzbank, the drop in prices could be related to the Archegos turmoil. The actors involved had sold US stocks to generate liquidity. To this end it could supposedly Gold is also said to have been sold. Commerzbank does not name a name, but it should be the Archegos hedge fund.

In terms of charts, there is little to suggest that gold prices will continue to rise. The previous annual low, which is $ 1,676, is currently being tested. One slide below that could pave the way for $ 1,400. It is noticeable that the currently falling 38-day line accompanies the downward trend. As long as the gold price cannot break this average line, which is currently around $ 1740, there is no end to the downtrend in sight from the point of view of technical analysis.

In the past week, the Dax opened a new upward gap. This is between 14,621 points on the bottom and 14,694 points on the top. Trading-oriented investors can use this area as a stop-loss mark. Such upward price gaps arise when the highest level on one trading day is below the lowest level on the following day. The opposite applies to downward price gaps.

The first important contact point below is at 14,409 and 14,422 points, the previous correction lows of the record hunt this month. Among them, the former Dax record levels between 14,131 points, which were reached in February, and 14,197 points from March, offer themselves as another stop-loss level.

Click here to go to the page with the Dax course, here you can find the current tops & flops in the Dax.

Graz99ers back on the road to success – Hockey-News.info

The Robinhood Hearing is a lot of show and little substance

The EU is apparently planning to seal the UK off

Infection risk and heat: influence of weather on Sars-CoV-2 not proven

10 foreigners and no relegation: Fan revolt against league plans