Rising bond yields also weighed on the DAX on Friday. Larger losses, however, were limited by unexpectedly strong US job numbers. “The job creation is continuing and is above expectations. Wages are rising. This is to be viewed positively,” said Helaba analyst Patrick Boldt, summarizing the February figures from the United States. Nevertheless, there were still millions of other jobs missing on the labor market that had been lost in the wake of the corona pandemic.

As the US Federal Reserve announced, the labor market must continue to be supported. As a result, nothing is likely to change in the central bank’s expansionary monetary policy for the time being, said Boldt. However, Fed Chairman Jerome Powell had only disappointed the markets the previous evening with his very cautious remarks about the recent rise in capital market rates. The yield on ten-year US bonds recently increased by 1.6 percent.

Meanwhile, the oil price went up. On Thursday, “Opec +”, which includes the members of the export cartel and other producing countries such as Russia, agreed to extend the current production restrictions.

Deutsche Bank secured the top spot in the DAX, followed by Volkswagen and RWE. The car manufacturer VW reaffirmed that the expansion of the fleet of pure electric vehicles is going ahead faster than previously planned. The shares rose to their highest level since 2015. The energy supplier RWE has meanwhile benefited from a rating by Deutsche Bank. The money house took the share on “Buy” with a price target of 35 euros. MTU went into the weekend as the weakest.

Which was also important on Friday at the stock exchange

Nordex does more in the Corona year – share increases

Despite interim delays in orders, the wind turbine manufacturer Nordex got through the pandemic year 2020 better than expected. Sales rose faster than the company had forecast. The news was received positively on the stock exchange. At lunchtime, the Hamburg share topped the SDax with a plus of more than three percent to EUR 20.76.London Stock Exchange LSE grows and relies on refinitive purchases – share falls
The London Stock Exchange grew in Corona year 2020. The exchange operator benefited, among other things, from a flourishing settlement business. While total revenues increased by six percent to 2.44 billion British pounds (around 2.83 billion euros), the adjusted operating profit rose according to preliminary calculations by five percent to around 1.12 billion pounds, like the competitor of Deutsche Börse on Friday announced in London. The London Stock Exchange (LSE) was in line with analysts’ expectations for both indicators.

VW is stepping up its e-fleet targets – cars are becoming a data platform
More speed in e-mobility and the growing business with customer data should determine the next few years at Volkswagen. The core brand of Europe’s largest car company presented a new strategy until 2030 on Friday. This is primarily about the further expansion of the electric fleet under the pressure of stricter climate targets. Unlike Volvo, Jaguar, Ford or General Motors, however, the Wolfsburg-based company has not yet given a fixed date for saying goodbye to the combustion engine. VW users are to be gradually integrated into a digital network via downloads of additional functions and an expansion of the control software in the vehicles.

The federal government wants to pay the nuclear power plant operators 2.4 billion euros in compensation
After years of legal dispute with the energy companies, the federal government has agreed on compensation for the accelerated nuclear phase-out. As emerged from a joint statement by the Ministry of Environment, Finance and Economics on Friday, the groups RWE, Vattenfall, Eon / PreussenElektra and EnBW should collectively receive 2.43 billion euros in compensation for lost profits and investments made in vain. The “Frankfurter Allgemeine Zeitung” had already reported on the agreement on Thursday evening, but it was not officially confirmed at first.

Setback for machine builders at the beginning of the year – fewer orders
Germany’s mechanical engineering companies started the year 2021 with a drop in orders. After three months in a row with single-digit growth at the end of 2020, orders in January 2021, adjusted for price increases (in real terms), remained ten percent below the volume of the previous month, as the industry association VDMA announced on Friday.

Slack with strong growth – but still high losses
The trend towards working from home in the Corona crisis brought the office communication service Slack strong business growth in the past year. Revenues rose over the previous year by 43 percent to 902.6 million dollars (753.9 million euros), as the company announced on Thursday after the US market closed. In the fourth quarter, sales grew 38 percent to $ 250.6 million.

Porsche is seeing a significant increase in demand
Sports car maker Porsche saw a significant boost in sales at the start of 2021. “At the end of February we are on the double-digit percentage basis compared to the previous year,” said Sales Director Detlev von Platen on Thursday. This applies across all model series and all markets. He didn’t give any numbers. Porsche only publishes sales on a quarterly basis.

How did Eren Dinkci come to Werder Bremen? With “blood...

Selling of the Smart plant in Hambach sealed – Ineos takes... 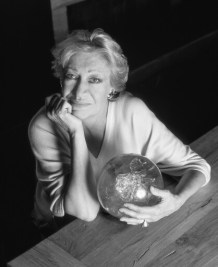 Pretty in plush: Sensation: Milow was behind Grummel