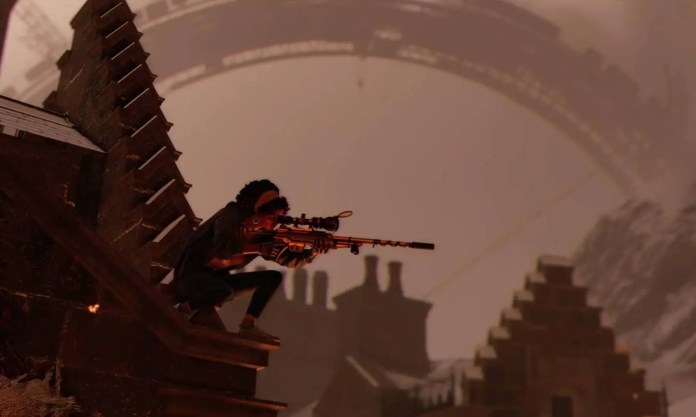 Dinga Bakaba and Sébastien Mitton, the head of the DeathloopTeams Arkane, were surprised by the news that Microsoft would acquire ZeniMax.

Microsoft announced its plans to purchase the group in September 2020 and drew the public’s attention to the deal, which included a $ 7.5 billion buyout. The expensive acquisition closed earlier this month following approvals from both the US Securities & Exchange Commission and the European Commission.

With the purchase of ZeniMax, Microsoft was able to secure another 8 development teams for Xbox Game Studios. So Microsoft now owns companies like Arkane Studios, MachineGames, id Software, Bethesda Softworks and TangoGame Works. And you now also have the id Tech graphics engine that was used to develop games like DOOM Eternal. A big step for Xbox. However, the Bethesda developers didn’t know much about it until they heard the media about the takeover.

Game Director Dinga Bakaba and art director Sébastien Mitton spoke to Press Start about the upcoming title Deathloop – which appears exclusively for the PS5 – and said they were initially surprised by Microsoft’s purchase of Bethesda. Bakaba stated: “It was pretty surprising, I would say. [Die Nachrichten] were unexpected to a certain extent … [aber] after the surprise it made a lot of sense.„

This also shows that development studios like Arkane are very focused on their creativity. The “deals” are made by others: “First of all, we are very creative, motivated and attach great importance to making original games. that has a lot of personality and style “, so Bakaba im Interview.

It should come as no surprise that Arkane Studios did not know about ZeniMax’s negotiations with Microsoft. As Bakaba noted, the studio’s role is entirely focused on game development.

What is Deathloop about?

Deathloop is a first person shooter with time loop mechanics and plays an assassin named Colt who is trapped on the island of Blackreef. An interesting multiplayer component also allows players to take on the role of Julianna, another assassin who is supposed to eliminate Colt. Fortunately, waiting to see how this all works will soon be over.

Deathloop will be released on May 21st, exclusively for the PS5 and PC. An Xbox version will probably not be available until next year after the deal between Sony and Bethesda for the game has already been concluded in advance.

Microsoft has not yet reached the end of its acquisitions. Next, they want to buy Discord for $ 10 billion.

Trial of feminicide 25 years ago: the American murder witness wants...

Corona vaccine: the EU is speeding up approval – politics

Eight people killed in shooting in three US massage parlors