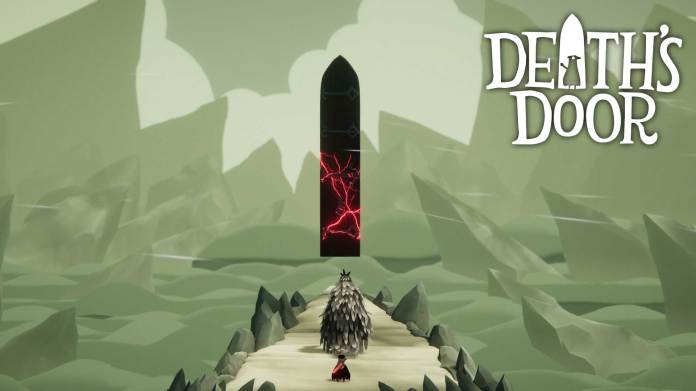 As a crow we go through an exciting adventure in Death’s Door. Source: Devolver Digital, Acid Nerve

Death’s Door plunges the player into a bizarre and curious world, in which crows are responsible for collecting the souls of the dead. However, their everyday life is not very varied. Collecting souls and stamping the watch can get monotonous, but it’s an honest job after all. But one day it suddenly becomes even more exciting when one of the assigned souls is suddenly stolen. In search of the thief you enter a completely new realm, in which death does not play a role. There beings live far beyond their normal time span, but there are other problems …

Death’s Doort is an action-packed adventure from a bird’s eye view (in the truest sense of the word). With a bow and arrow you fight your way through a dangerous country, become stronger and improve the values ​​of your character. You will explore a world full of eccentric characters and countless secrets.

The game is scheduled to be released for PC and Xbox in summer 2021.

“Big Brother” copy? This is how the jungle show will...

Twelve kilos lost: Clooney had to go to the hospital

The long-awaited building application for the Elbtower has arrived | ...

This is how he experienced Berlin in 1963

“Let ‘Dance” star Ekaterina Leonova: Not there again! But Gil...

Florian Neuhaus to Bayern? Such is the trend