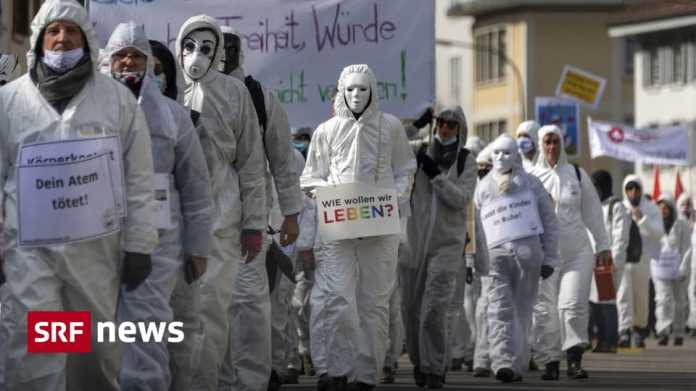 The canton of Uri bases its decision on the experiences that have been made in Liestal and other places with corona demonstrations. “Recent events with rallies show that only a small minority of the participants must wear a mask,” says the media release from the security directorate.

Furthermore, from a certain size of the rally, the obligation to wear a mask can neither be enforced by the organizers nor by the police. The ban is therefore necessary and justified, especially since the spread of the coronavirus must be prevented.

The organizers could not have presented any detailed traffic and parking concepts either. The Uri Security Directorate is now calling on the organizers to cancel the rally. All those who had considered participation should forego a trip to Altdorf on April 10th.

The action alliance reacted to the negative decision of the Uri government with a media release. The ban would come “as a surprise”, they say. It is the end of freedom of assembly, freedom of expression and democracy. “There is no sufficient objective reason for this ban, it is a purely political decision,” writes Josef Ender, the spokesman for the alliance. A complaint will be made against the ban.

The decision of the Uri government not to grant a permit follows a similar rally in Liestal (BL) last Saturday. Between 6,000 and 8,000 people demonstrated against the federal government’s corona measures. A large majority did not adhere to the mandatory mask and distance requirements. The police let them go and did not intervene. In order not to let the situation escalate, so the reason.

Criticism from other cantons too

The Baselbieter security director Kathrin Schweizer was disappointed in the aftermath of the demonstration in Liestal. She announced that she would never again give the organizers of “Silent Protest” a permit. In addition, they would have to expect a fine.

Other cantons were also critical of corona demonstrations after the rally in Liestal. The Aarau canton police announced, for example: “We know that previous corona rallies have been violated. This puts the authorities of future venues before the question of whether it makes sense to continue to approve such events. ”

Similar considerations were made to the Uri government before it decided not to approve the planned demonstration.

Corona: Now babies with Covid-19 in clinics in Hamburg | ...

FC Bayern: Now the next Zoff threatens between Flick and Brazzo...

Report: VfB in the middle of the Khedira race