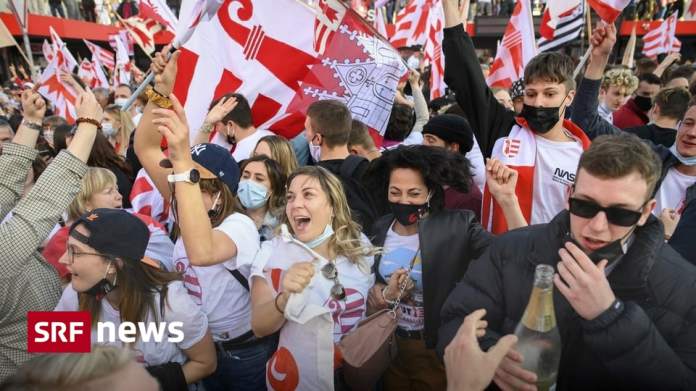 The majority of those eligible to vote want to change cantons. So Moutier becomes Jurassic.

Moutier: Change of canton of the municipality of Moutier to the canton of Jura

The cheers in Moutier were great when the result was announced on Sunday evening. Several thousand people waved flags, cheered, hugged and sang songs – thousands of Projurassiers expressed their joy.

The result was clear: 2114 votes were for, 1740 against a change of canton. 374 votes made the difference, significantly more than in the first ballot in 2017. Jean-Christophe Geiser, head of the federal observer, also spoke of a “very clear” result. 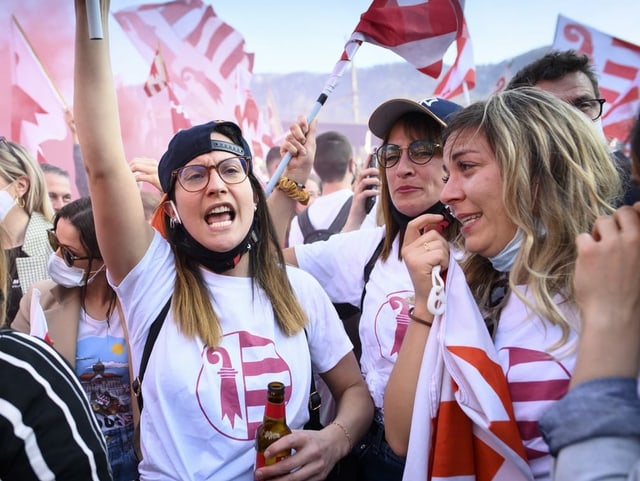 Tears of joy among the separatists. 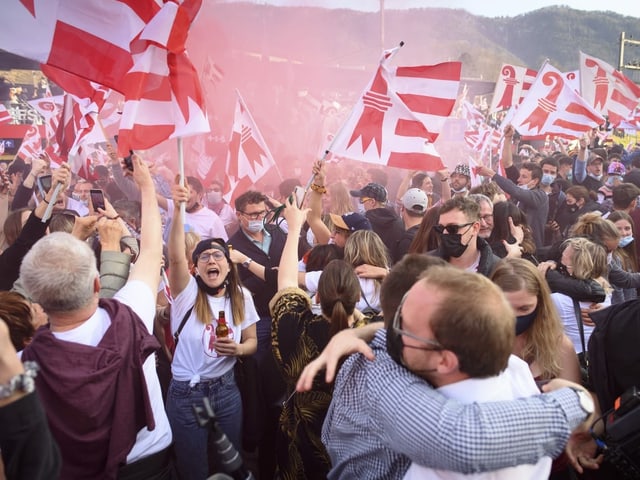 “The atmosphere is like a folk festival,” says an SRF reporter on site. 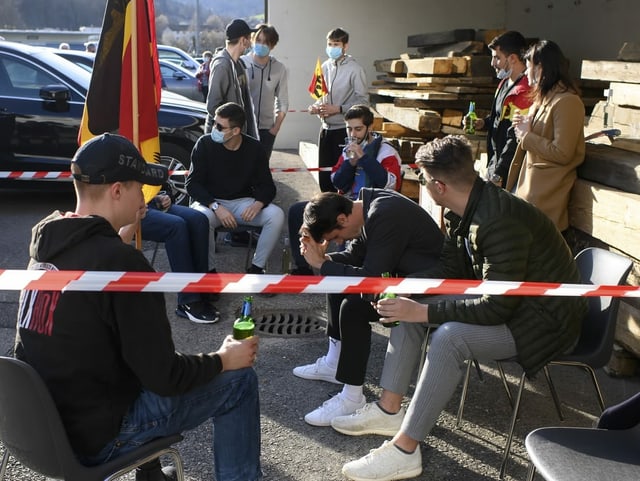 Long faces among pro-Berners. They were in the minority on Moutier’s streets all day. Around fifty gathered together. 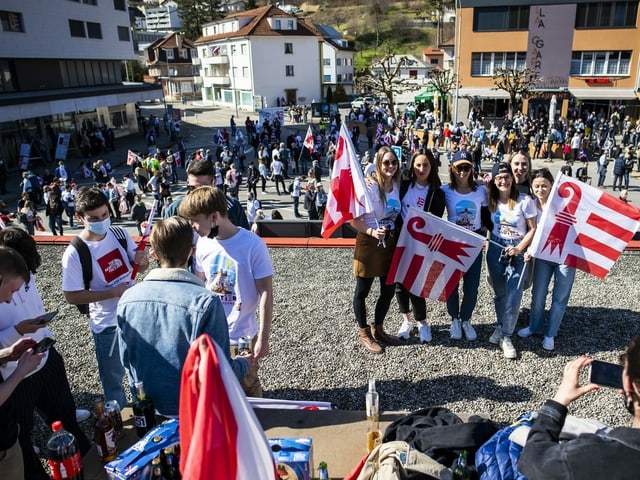 It was the pro-Jurassians who dominated the picture. Around 2000 people gathered on the station square in the afternoon. 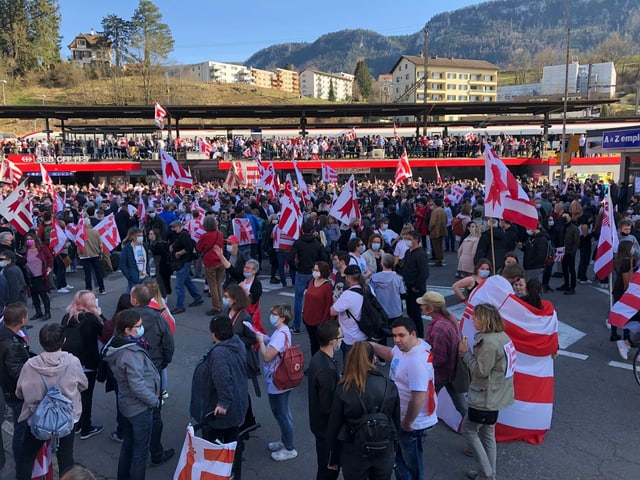 Not all of them adhered to the mask requirement. The police did not want to intervene so as not to let the Jurassic conflict break out again. 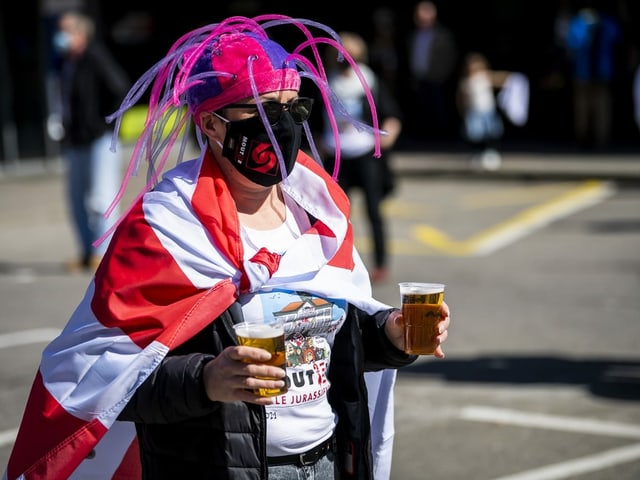 Pro-Jurassians increasingly arrived in Moutier in trains and private cars. 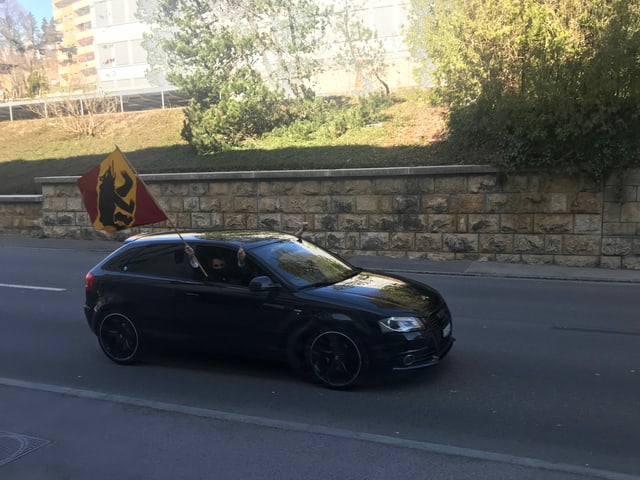 Pro-Berners marked their sympathies in the afternoon. 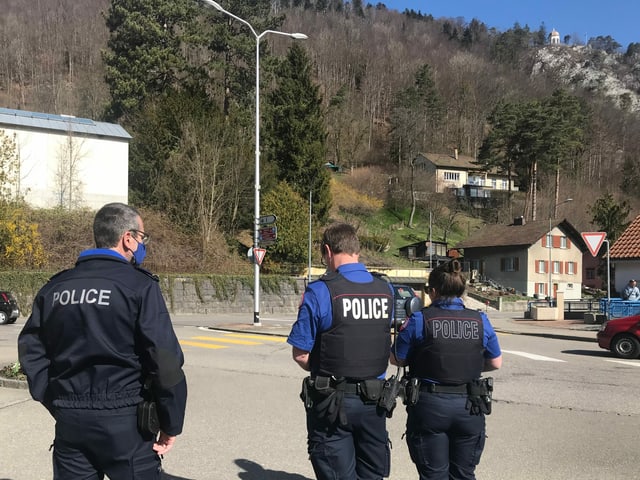 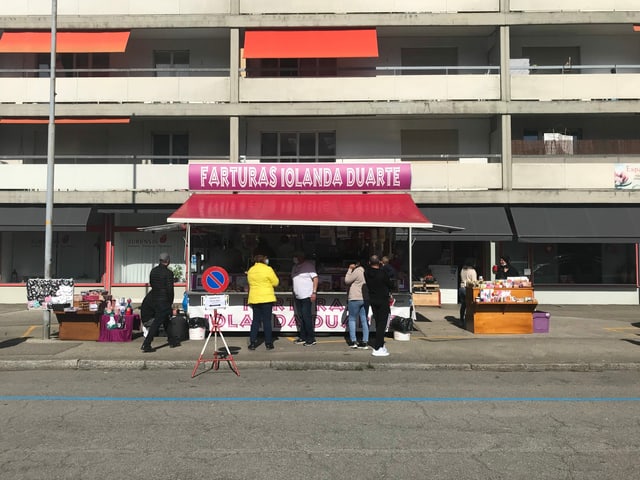 Preparing for a party? Food and drink stands were ready. 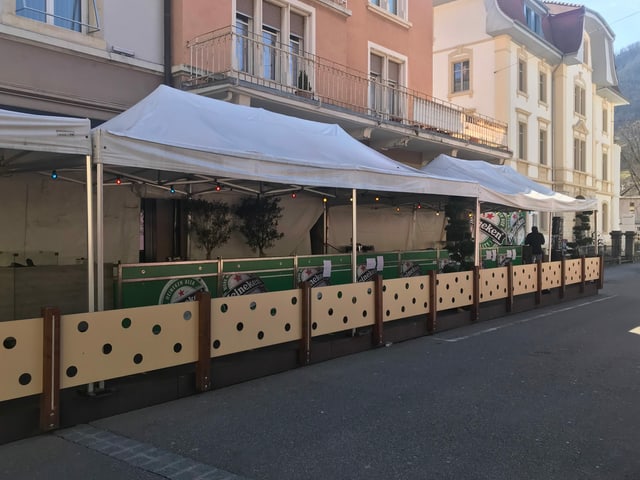 More reminiscent of a city festival than a voting Sunday with Corona measures. 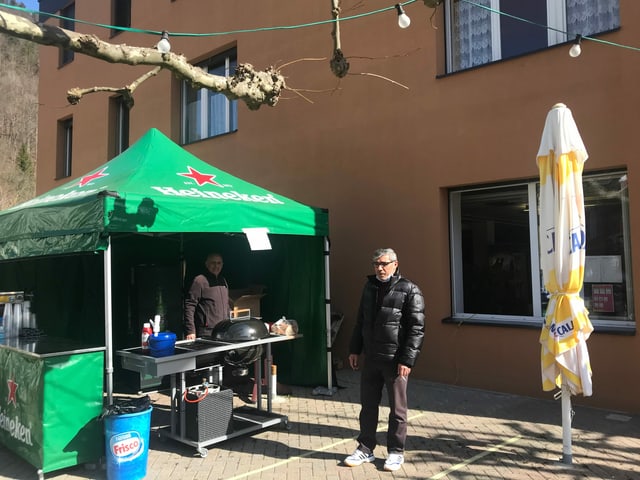 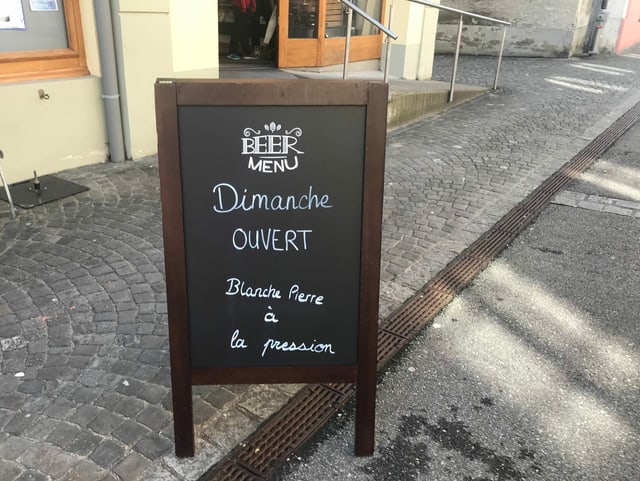 Beer on Sunday too. Because of the vote, there are beer stands everywhere in Moutier. 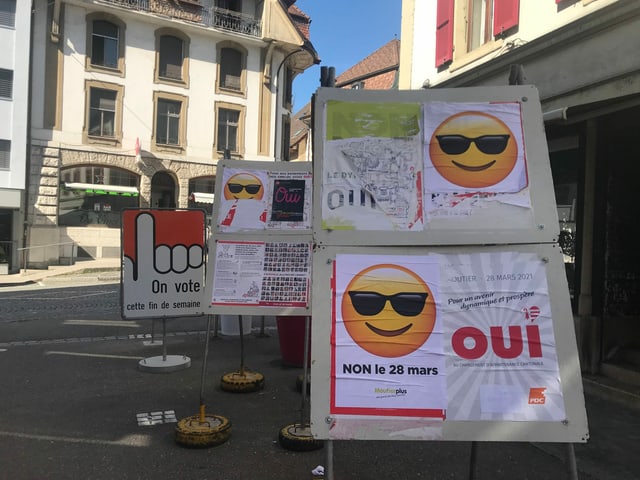 Change of canton yes or no? Voting posters adorn the town. 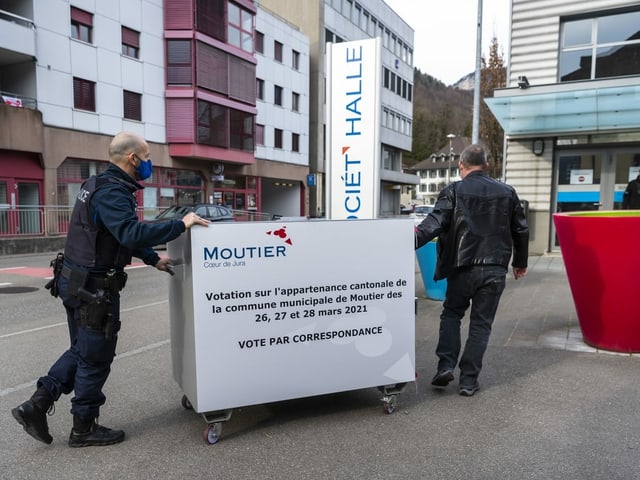 Later in the morning the sealed urns with the votes cast by letter had arrived from Berne. The delivery from the Federal Office of Justice was escorted by the police. 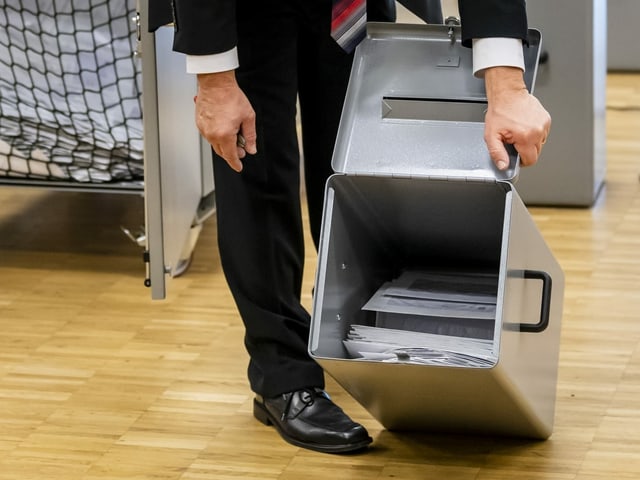 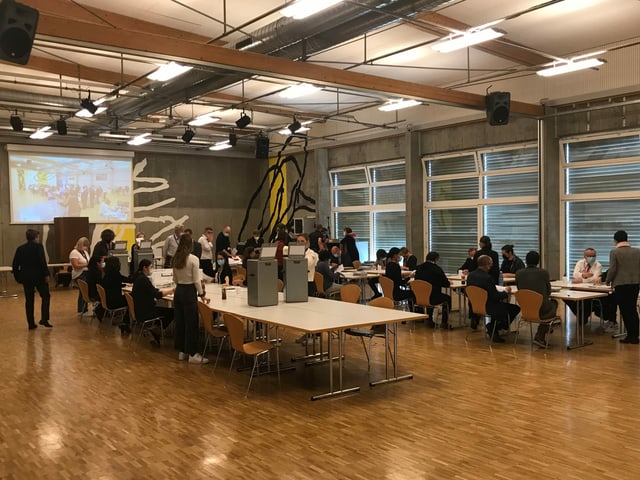 The votes sent by letter were counted at the same time as those from the urns on site. Around 4,400 people are entitled to vote. The count can be followed live on the municipality’s YouTube channel.

Decision of the heart

The arguments for a yes or no to a canton change remained the same as in 2017: The separatists see better prospects in the canton of Jura, with which they also feel emotionally connected. Throughout the campaign, the Pro-Committee has been a reminder that a yes is a decision of the heart, synonymous with a better future and a new peace.

The opponents of a change of canton fear years of uncertainty due to the division of property that would be necessary if Berne were to be separated. However, the loyal camp reacted calmly to the defeat in the vote. Steve Léchot, spokesman for the Moutierplus trial committee, regretted the result – and congratulated the winners.

The voting winners should now include all residents of Moutier in this new future in the canton of Jura, said Léchot in a short speech to media at the Forum de l’Arc convention center. This result means the end of the Jura question. Moutier said goodbye to his surroundings and would first have to create a place in the canton of Jura, the Bern faithful said.

They hoped that on Sunday those who actually had the center of their lives in Moutier would have voted, so they were entitled to vote. However, the clear voting result indicates this.

Lots of people – despite Corona measures

Thousands of people gathered on the station square in Moutier on Sunday afternoon. The Jura proponents waited eagerly for the result of the vote – and then celebrated exuberantly. Quite a few did not adhere to the corona measures, for example they did not wear masks.

“The canton police are watching the situation,” says Christoph Gnägi from the Bern canton police in the early evening when asked by SRF. The police also find out that the protective measures are not being observed by everyone; there is no approval for the meeting, said Gnägi.

“In consultation with the community and the representatives of the political groups, we are trying to ensure that the protective measures are better adhered to,” said Gnägi.

Is evacuation of the area an issue? Gnägi says no. “We don’t want the old conflict to escalate,” says the police spokesman, referring to the history of the conflict. Keep watching the situation.

On June 18, 2017, the municipality of Moutier said yes to the change of canton with a narrow majority. However, there were irregularities – it was about wrong residence, voting tourism and irregularities with the electoral register – which is why the vote was canceled.

In order to prevent another debacle, the federal government made an unprecedented effort. He wanted to make sure that the outcome was respected by everyone involved.

The electoral register was also under special observation after allegations of voting tourism had been raised during the first ballot. Several hundred people had to fill out a questionnaire on the center of their life and their political residence in the past few months.

The polls are intended to close a chapter that began in the early 1990s with the establishment of the Inter-Jurassic Assembly. In 1994, when it came to the Jura question, the population of Moutier decided to stay with the canton of Bern. Since then, a strong separatist minority has been resisting it. Several times there were serious unrest and street battles.

China manufacturer is said to be completely removed

Troop withdrawal from Germany ?: US Congress wants to override Trump’s...