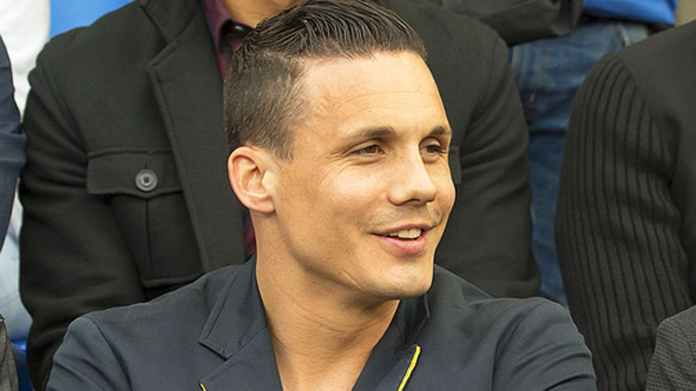 On Monday, the power struggle at FC Basel finally escalated. David Degen proclaims himself the winner after preventing Bernhard Burgener from selling his shares to his own company. Now a long legal battle is likely to follow – and the fan heart will suffer even more.

It had something of Donald Trump when David Degen – or his press spokesman – announced in a message on Monday at 4:48 p.m. that Degen had exercised his right of first refusal and was thus taking over the majority of the shares in FC Basel Holding AG. Trump also prematurely declared himself the winner in the US election campaign last November – and ultimately lost.

Degen landed a real coup with the super-provisional order of the civil court of Basel-Stadt. Burgener was forbidden by a court to resell his shares to a third party. And the two members of the board of directors, Karl Odermatt and Peter von Büren, were also temporarily banned by the court from agreeing to a deal other than that of David Degen.

Burgener does not stick to the agreement

From Degen’s point of view, the Odermatt and Von Büren boards of directors should have accepted his offer of CHF 16.4 million in Burgener’s shares because he has a right of first refusal. But apparently Burgener’s team didn’t even consider complying with the legal requirements. “Here contractual agreements are violated and personal interests are placed above the interests of the association,” says Degen.

Words that sound similar to those of Alex Frei when he spoke a few days ago in “Blick” about his departure from FCB last summer: “It becomes difficult when people see themselves bigger than the club.” Frei, who was still a junior coach at the time, had received an offer as FCB head coach. This was then withdrawn because Burgener apparently did not want to strengthen the position of Frei-Kumpel Degen in the club, it is said.

But Burgener had repeatedly emphasized that he would be willing to surrender his shares if there was a solution in Basel. And red-blue than a sword is hardly possible: The Lampenberger launched and ended his playing career at Joggeli, made over 200 games for FCB and has now been on the club’s board for a year and a half. In addition, Burgener Degen himself was elected to the Board of Directors as a partner and shareholder in 2019, with the intention of one day making the former professional his successor.

The fan heart continues to suffer

Now Burgener is standing across. Because he has concerns that Degen has the necessary resources to bring FCB back into shape? “I have a clear strategy with competent and very experienced people at my side, with whom I will do everything I can to successfully develop FC Basel,” said the 38-year-old.

The FCB fan is still in the dark. Questions arise. Would Degen’s investors come from Switzerland? Does he want to do with FCB what he wanted to do with GC two years ago – a kind of platform for professionals from the player agency “SBE Management”, which he built up together with twin brother Philipp? And would the club’s survival be ensured in the long term?

One thing is clear: after his hasty declaration that he was the new majority shareholder in FC Basel, David Degen also triggered a lot of skepticism among the fans. The supporters have to stand by and watch as their once proud club becomes the mockery of Swiss football. Ultimately, a court will have to decide how things will go with FC Basel. The fan heart will continue to suffer. Probably for months.

survey
Who is the right man for FCB?

Alpine skiing: Shiffrin sees a lot of catching up to do

According to Rewe and Spar: Free FFP2 masks at Hofer and...

Rapidler Kara put his stamp on the league – football