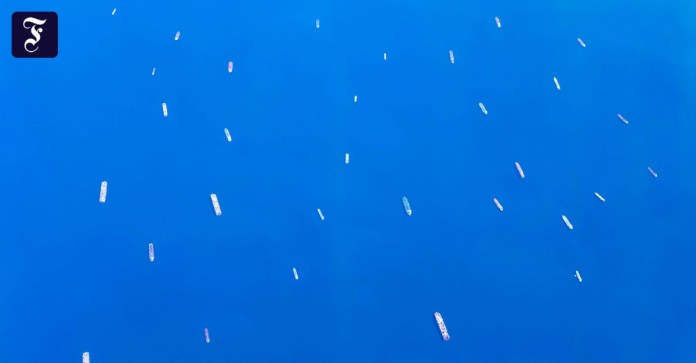 Et does not look like the clearing of the Suez Canal is going very quickly. On Tuesday the container ship “Ever Given” ran aground in a sandstorm. It is now stuck there and blocks the passage for about 50 other ships every day. The Egyptian government has promised to have the canal free again by Sunday noon at the latest.

Independent shipping experts are not so sure. You see the best chances at the beginning of the week when the water is particularly high. If that doesn’t work, it could take weeks. In any case, some of the waiting ships have already made their ten days longer – and endangered by pirates – route around Africa, including a sister ship of the “Ever Given”, which belongs to the same shipping company.

In Germany, there is now growing concern about problems with replenishment of goods, especially with goods such as electronics, furniture, bicycles and fitness equipment that are in demand during the pandemic. The chemical industry is also wondering whether its preliminary products will arrive on time. There isn’t too much leeway. The drive for greater resilience will only bear fruit after the pandemic.

In the immediate crisis, the trade routes are heavily used, the ships are full and have to wait for days in front of some ports before they can even enter. It is already being considered whether to bring urgent goods by plane. Last week, however, several dealers surveyed by the FAS reported no delivery delays. It is not certain that it will stay that way. Mail order company Otto, for example, said that he had “several” containers on the waiting ships that were bringing goods from the Far East to Europe.

U-Bahn in Berlin: U7 should go to BER airport and Heerstrasse

Chris Rea: From rock to blues – the survivor turns 70

The party is canceled: 70 years of Frankfurt private theater