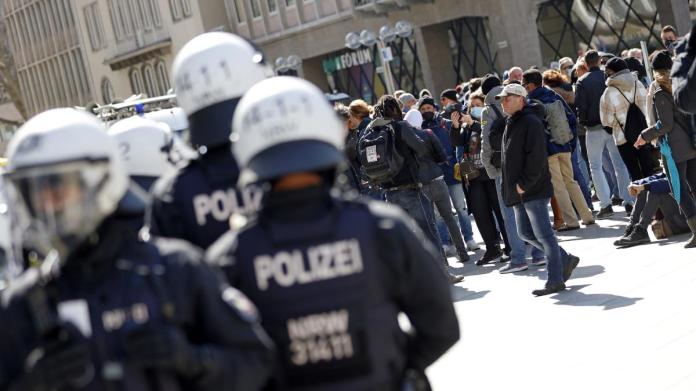 People have demonstrated against the Corona measures in several cities. Four people were arrested in Cologne, and up to 600 people marched through the city center in Dresden without masks. There was an attack on police officers in Chemnitz.

KThe police in Cologne occupied themselves with the rites of the Corona measures and their opponents on Saturday. An unregistered meeting on the Domplatte broke up the emergency services on Saturday. According to a spokesman, 150 to 200 people who the police attributed to the hooligan scene had gathered there to demonstrate against the pandemic regulations.

The police issued evictions, said a spokesman. There had previously been an appeal on the Internet. A 34-year-old who refused to put on a mask and then hit the police was taken into custody, the police said in the evening.

Also in the city center there were tumultuous scenes around a registered rally by opponents of the corona measures. While around 70 to 80 people from the Corona denier camp demonstrated in one place, between 100 and 200 other people opposed them with chants, as the police spokesman described. After a mask refuser became violent towards the emergency services, bottles flew. The man without a mask and two suspected bottle throwers were taken into custody. It is unclear who threw more bottles.

A parade of around 30 vehicles from corona deniers also drove through the city on Saturday. The car move had been blocked in the meantime, but could then continue its journey, the spokesman said. The police recorded the personal details of around 100 counter-demonstrators. Two of them were brought to the police station and then released.

People walk through Dresden without masks

According to the police, there was no notice of the meeting. In online networks, however, there were previously “diffuse calls” that “could not be verified in this form”. Because of these calls, Dresden police officers were on standby and then also on duty. “Due to the size of the protesters, more than 400 officers from the riot police and the federal police who were on duty in Chemnitz were immediately called in for support,” the police said.

When the emergency services arrived, the protesters reportedly fled in different directions. The police were able to “identify two spokesmen for the protest”. This will be investigated because of the violation of the Assembly Act.

Throwing a bottle at the police

There were gatherings in downtown Chemnitz, with suspected right-wing extremists also attacking police officers in one case. According to the police, a bottle and a bag were thrown at officers. You could also identify the bottle thrower, said a police spokeswoman. According to eyewitnesses, the police held a group of around 20 to 30 people in check and took their personal details.

A rally by critics of the Corona measures on Saturday, as well as a counter-demonstration, had been banned by the city.

The Robert Koch Institute in Berlin showed a seven-day incidence of 238.3 for Chemnitz on Saturday. This makes the city one of the five regions in Saxony where the number of new infections per 100,000 inhabitants within a week is currently over 200. The Vogtland has been the front runner for days – on Saturday with an incidence of 406.2.

The applicants for the alliance “Chemnitz stands up”, who wanted to demonstrate against what they saw as excessive measures and against the restriction of freedoms, later failed with urgent applications after the city ban, both at the Chemnitz Administrative Court and the Bautzen Higher Administrative Court. The Saxon police had prepared for an operation regardless of the outcome of the legal dispute. She was also supported by colleagues from Thuringia, Baden-Württemberg and the Federal Police.

In Schwarzenberg (Erzgebirge) the authorities had also banned a rally directed by the right-wing Free Saxony party. Potential participants were called on social media to attend the demonstrations registered in Zwickau on Saturday. According to a police spokesman, three actions took place there. In the afternoon all participants gathered on the Square of Friendship of Nations. The police put the number at around 250 people and spoke of a peaceful course.

According to the police, around 200 people gathered in Mittweida to protest on Friday evening. Only after being asked by stewards would they have followed the distance and hygiene rules. There were further rallies on the lockdown measures in Hohndorf with 90 participants and in Lugau with 120 participants (Erzgebirgskreis). In both places they had adhered to hygiene regulations, it was said.

Sliding door opens on A30: Drunk man falls out of a...

Complaint from the Council of Europe: Germany should do more to... 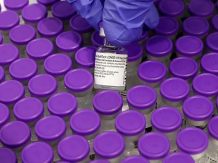 Too few boys and girls vaccinated against HPV in Germany

Charlottenstrasse in Stuttgart-Mitte: man wants to regulate traffic – police are...