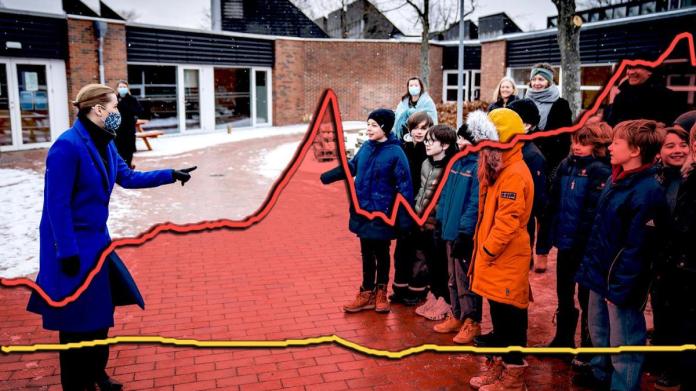 Because it makes social contacts at work and elsewhere safer: for example, when infected people show no symptoms and unwittingly pass the disease on. “It is about a significant expansion of the tests as part of the test program and a better traceability of the contacts in the event of an infection”, so it says in the decision.

This could have been found earlier, after all, tests are one of the most important instruments for obtaining reliable data on the actual infection rate in the country. In terms of the number of tests per population, Germany has long been way down in the ranking of European countries. This is led by Austria, Great Britain, Denmark and the Czech Republic, the first three test about ten times as much as Germany.

But other countries such as Italy, Norway, France, Sweden and Portugal have significantly increased the number of tests in the past few weeks. As with vaccination, Germany, it seems, takes longer than others when it comes to picking up speed. “Tests have been at the heart of our reopening strategy for months,” said Danish epidemic expert Flemming Konradsen from the University of Copenhagen to WELT.

Tests alone are not a panacea for containing the pandemic. This is shown by the very different results of the openings in countries with a high test rate. Denmark and Austria, for example, began easing the situation on March 1st and then relied primarily on high test rates in order to get the situation under control. This succeeded in Denmark, which despite opening earlier has a better incidence than Germany – but it failed in Austria.

The reason for this can be seen from the contagion curves: On March 1, the curve in Denmark had a downward trend and a seven-day average was 90 cases per million inhabitants. Austria, on the other hand, had a clearly rising curve again on March 1 and, with an incidence of 225, was well above the Danish level.

Austria is now deep in the third wave with values ​​around 325 per million inhabitants, while Denmark has managed to level off after a brief increase to around 125 – even though the more contagious British variant B.1.1.7 is more widespread there is than anywhere else in Europe.

Jens Lundgren, professor of infectious diseases at the University of Copenhagen, believes that the people’s sense of responsibility is the most important reason why Denmark is doing well. “I think we were successful in convincing the population of how important it is to adhere to fundamental measures that prevent infection,” said Lundgren, who advises the Danish government on Corona, in an interview with WELT.

But tests were also helpful, says Lundgren. “The greatest benefit comes when there are local outbreaks and when all citizens of a community are tested with mass tests over the course of two weeks,” says the infectious disease expert. In addition, an experiment with extensive tests was carried out on the island of Bornholm, where there were few infections, in order to prevent an increase in infections – “so far with success,” says Lundgren.

However, his colleague Konradsen from the University of Copenhagen points out that all testing won’t help if tracking and isolation don’t work well. “Tests only make a real difference if there is quick follow-up to keep the chain of infection short,” says Konradsen. In addition, Denmark has invested a lot to ensure an acceptable and feasible isolation of the sick.

Also important: “We have one of the highest capacities for sequencing viruses in order to identify variants,” explains Konradsen. This is important in order to quickly identify the outbreak of more aggressive virus variants such as the British, South African or Brazilian corona mutation. “If we find one of the virulent varieties, there is an heightened alert and we then make significant efforts to contain it through door-to-door tracking and isolation.”

The lesson from the very different experiences of Denmark and Austria is obvious: If you want to keep the pandemic under control with a massive test campaign after easing, then there is only a chance of success if there is consistent follow-up and the infection rate is low beforehand Level was. “In December we had very high incidence figures, so tracking was almost impossible,” says Konradsen. “When the total number of illnesses is high, follow-up becomes a logistical nightmare.”

Something else can be read from the Danish numbers: Those who test a lot need to worry less about the number of unreported corona. For many weeks, less than one percent of the tests in Denmark have been positive, which indicates that hardly any infected person falls through the test network. In Germany, however, it is almost seven percent of the tests that come back positive.

Britain tests ten times as much

The fight against infections would be even more promising if Germany were already further with the vaccination and larger parts of the population could enjoy protection against infection. Take Great Britain, for example: The country tests ten times as much as Germany and also vaccinates much faster than we do. In the meantime 45 percent of the population have had at least one first vaccine injection.

Despite openings, the infection rate in Great Britain has continued to fall, which has not even been achieved by the Danes who are willing to test. The infection curve in Great Britain, which has been falling rapidly since January 10, has flattened somewhat since the first opening steps on March 8, but it has nonetheless fallen further from 87 cases per million inhabitants to 80.

But Germany, with its meager first vaccination rate of just under 13 percent, is still miles away from such conditions. The bitter conclusion: If you don’t vaccinate quickly enough and don’t test enough, you have to tighten the lockdown again. Denmark, on the other hand, is betting on further openings. “We are planning further easing, under controlled conditions, and we want to introduce a corona passport that documents previous infections, vaccinations and / or recent negative tests,” says government advisor Lundgren.

On Monday evening, the Danish government agreed with almost all parties represented in parliament on a long-term plan to end the current corona measures. Accordingly, the restrictions on public life are to be lifted completely, with a few exceptions, as soon as all risk groups and all people over 50 years of age who wish to have received their first vaccination.

Cut out: “Kevin – Alone in New York” without Trump?

2nd Bundesliga: Holstein Kiel jumps to the top of the table...

The real reason for the breakup 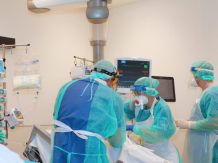