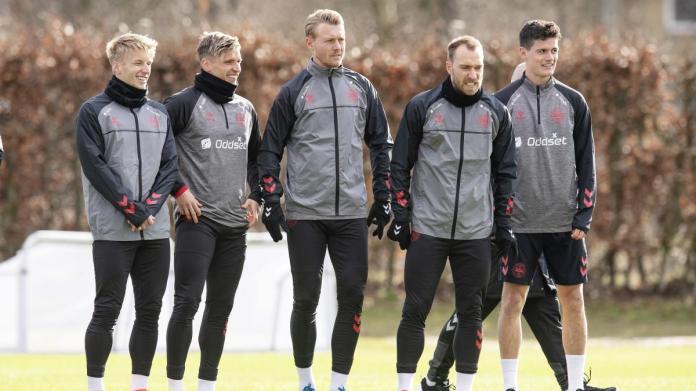 Sport To Norway and Germany

On the first day of the World Cup qualification, the German national team criticized World Cup hosts Qatar. On Saturday, Norway called for further action. Now the Danes have announced a protest.

AOn Thursday the German national soccer team set an example. Before the World Cup qualifier against Iceland (3: 0), the players had worn their own T-shirts that were labeled “Human rights” when placed next to each other. The addressee: Qatar, host of the 2022 World Cup.

The day before, the Norwegian selection around BVB striker Erling Haaland had used their first qualifying game against Gibraltar for a silent message about the human rights situation in Qatar. They wore T-shirts with the words “Human rights – On and off the pitch” at the national anthem.

Before the World Cup qualifier against Turkey on Saturday in Malaga, Spain, the Norwegians updated their protest with shirts: “Human rights – On and off the pitch”. In addition, Norway and Germany were marked with a tick, underneath was “Next?” – who will come next? To do this, the players had raised their left hand with five fingers spread apart.

The third country will follow on Sunday. After Norway and Germany, the Danish national team also wants to draw attention to the human rights situation in Qatar in the course of qualifying for the World Cup. The team around Bundesliga professionals Thomas Delaney, Yussuf Poulsen, Frederik Rönnow and Robert Skov announced that they would like to underline their wish for changes to the World Cup hosts before the qualifying game against Moldova on Sunday evening (6 p.m.).

“The World Cup is wrong in Qatar”

“The pressure on Qatar should be increased from several sides,” said the Danish Football Association DBU. The aim is to improve the situation for guest workers and other people in Qatar. “The decision to hold the World Cup in Qatar is wrong and controversial,” said DBU Director Jakob Jensen, referring to the human rights situation of guest workers in the country and the construction of many new stadiums that risked being empty after the World Cup. Pressure is needed from the associations, but also from Uefa, Fifa and other organizations.

The Danes did not reveal what the action should look like in advance. However, it takes place in cooperation with the players from the Netherlands and with the possibility that other national teams could join it.

The Dutch presented themselves on Saturday with the message “Football Supports Change”. The slogan was on T-shirts that the players wore before kick-off for the World Cup qualifier against Latvia.

The 2022 World Cup was awarded to Qatar in 2010. The country is repeatedly criticized internationally for the exploitation of guest workers. According to research by the Guardian, more than 6500 workers from five Asian countries have died in the rich emirate in the past ten years.

38 million tons less CO2 in the energy industry: Germany is...