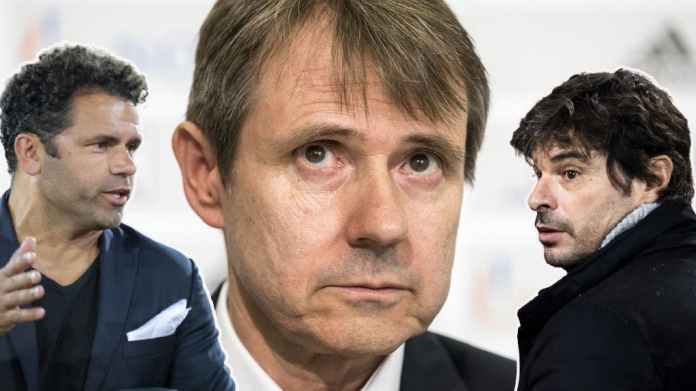 FCB President Bernhard Burgener remained loyal to his coach Ciriaco Sforza for a long time. But now his patience should come to an end. According to media reports, he has already met with a possible successor. It’s a well-known name in Swiss football: Uli Forte.

For a long time you could console yourself on the knee of the Rhine with the fact that you were the second force in the league after the designated champions Young Boys. After the (deserved) bankruptcy at Servette this weekend, they are now third and are just three points behind eighth-placed Lugano.

In addition, they have been without a win for six games. There is also great unrest next to the square. Captain Valentin Stocker was recently sent on vacation. In addition, the FCB fans announced on Monday that they would protest again at the next home game against Lucerne this weekend.

Perhaps the angry supporters, who have had enough of the management team around FCB owner Bernhard Burgener, will then meet a new coach. According to “Basler Zeitung” and “TeleBasel”, conversations with Uli Forte are supposed to take place in the background. Accordingly, a meeting with Burgener has already taken place.

Despite the sporty descent, the U-turn would come as a surprise. According to insiders, Burgener is said to have only recently confirmed that he will continue to work with Ciriaco Sforza next season. But now they seem to have changed their minds. The sporting commission decided to change the coaching position soon.

On the one hand, Forte would be a coach who knows the Super League very well. On the other hand, his sporting past – in the top Swiss league at St. Gallen, GC, YB and FCZ – should not necessarily meet with the greatest approval from many Basel sympathizers. The 46-year-old from Zurich has been looking for a club since his second engagement at GC (April 2019 – February 2020).

Johannes Haller and Jessica Paszka cuddle in the snow

10 percent of PCs in Switzerland with an outdated operating system

Ed Sheeran surprises his fans with a brand new song