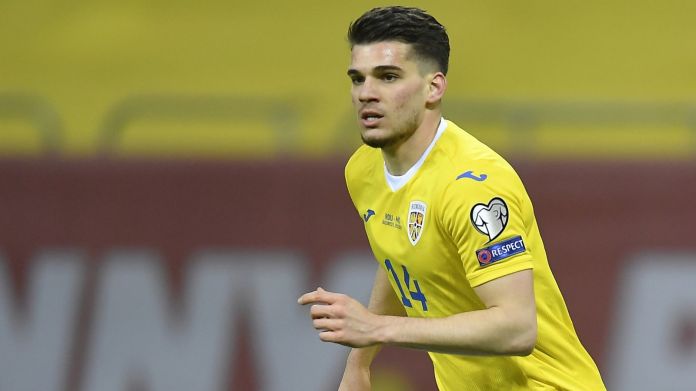 With DFB opponents Romania everything still revolves around the name Hagi. While Papa Gheorghe shapes the country’s football as an official, son Ianis shines as his legacy on the pitch.

After his redeeming winning goal in a true “heart attack thriller”, Ianis Hagi sent a cheeky greeting to Germany. “We want to go to the World Cup! And we very much believe that we can make it,” said the Romanian young star after the 3-2 (1-0) tremendous victory in the qualifying opener against North Macedonia. That means: just let them come, the great Germans!

At the duel in Bucharest on Sunday, from a Romanian point of view, all eyes are once again on Hagi. The 22-year-old son of the former “Carpathian Maradonas” Gheorghe Hagi electrifies the nation – especially after his joker goal (86th) at the start, his first for the “Tricolorii”.

After the shot in luck, Hagi put his right index finger on his lips and demonstratively ran to Mirel Radoi to hug the coach. “I wanted to show the world that there was never anything between me and the mister,” he said of the gesture. Previously there had been read about a conflict between the star and the coach, and then the highly talented midfielder was also on the bench.

Hagi is used to the fact that he has always been under special observation in Romania. However, his last name was “not a burden, but a great honor,” he said. But the nation longs for a new golden generation like the one around Papa “Gica”, who carried Romania into the knockout round of the World Cup in 1990, 1994 and 1998. Romania has not qualified since then.

Gheorghe Hagi (56) is also working to ensure that this changes. As owner of the Viitorul Constanta club, but above all with the “Academia de fotbal Gheorghe Hagi” in his hometown of Ovidiu. Numerous national players were trained there, following the example of “La Masia” in Barcelona, ​​where Hagi once directed inimitable.

Ianis Hagi also studied in his father’s academy, and now he plays for the Scottish champions Glasgow Rangers. His technically strongest teammate? “I do,” he said.

“So we have no chance”

The “rescuer” was just as self-confident as the newspaper Freedom named him after the “heart attack game” (Sports Gazette) against North Macedonia. “My job on the pitch is to change something. I’m always there when the team needs me,” he said.

Trainer Radoi, who came as a surprise after his corona illness, spoke of a “thriller” and a “fairytale evening” – thanks to Hagi. Repeat on Sunday? Radoi is less sure about that. In view of the goals conceded after the 2-0 lead, he predicted: “That way we don’t have a chance against Germany.”

QIAGEN has set conditions for convertible bonds until 2027 – QIAGEN...

Corona: Russian researcher fell from the 14th floor – he was...

Visual Studio Code Extensions: Makefiles for C ++ and TensorBoard for...

Horizon: Zero Dawn – Still beautiful even in a PS1 look