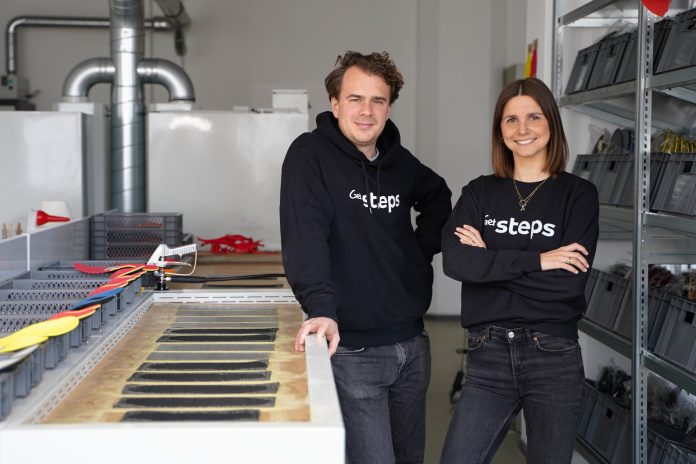 Shoe insoles as a trend product? Difficult to imagine. A Berlin founding duo still believes they have found the formula for a million dollar business.

When Annik Wolf set out to run a marathon three years ago, nothing worked after a few weeks. The former management consultant recalls that she had to stop training quickly because of severe knee pain. She went to an orthopedic surgeon, made appointments with the physiotherapist. It turned out: Wolf has a hip misalignment. One of her knees was put under significantly more strain than the other. An inflammation in the joint was the result. But just give up running and marathon plans? That was out of the question for Wolf. When she told her then work colleague Vincent Hoursch about it, he gave her the tip to try it with insoles.

Until then, a foreign word for the Berliner – as for most Germans. Although, according to Wolf, up to 70 percent of all adults have a misaligned foot and insoles are a proven means of pain relief, only around a fifth of them would wear them in their shoes, says Wolf. “Many are not even aware of the advantages of insoles and it often goes by weeks before you can even come up with a recipe for a couple.” That brought the now 30-year-old to her own company: Together with her ex-colleague, Hoursch founded Wolf in 2019 Getsteps – an online provider of deposits.

The process is simple: Using a configurator, customers first select their shoe type – such as sneakers, running shoes or boots – and then decide on a cover material, such as artificial leather or a special odor-neutralizing surface. After ordering, the company sends an impression set for the feet by post, which the customer uses at home according to instructions and returns to Getsteps with a completed questionnaire. No disadvantage, as the founder assures when asked: “Our tests have shown that the prints at home are just as accurate as in the medical supply store, where the shoemaker presses the customer’s foot in foam,” said Wolf. 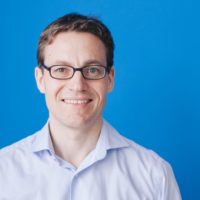 Getsteps produces by hand, just a few weeks ago Wolf and Hoursch opened their own production facility in Berlin-Lichtenberg. The custom-made insoles cost between 90 and 120 euros, depending on the design – and are up to 50 percent cheaper than usual, according to Wolf. “As an online provider, we focus exclusively on insoles, while a classic medical supply store offers many other services. This enables us to produce completely different production volumes at lower unit costs, ”she explains the price advantage.

Wolf and her business partner Hoursch also try to differentiate themselves from the competition when it comes to branding. The shop has a modern design. Complicated technical terms are not in the foreground, but large fonts, comic-like illustrations and hands that grip the inserts, which are designed in simple black, like a smartphone. The founding duo wants their shoe insoles to be understood as a lifestyle product. Getsteps is not a typical medical company, emphasizes Wolf, even if the startup is necessarily certified as an orthopedic shoemaker’s business.

“We orientate ourselves on direct-to-consumer brands such as Casper or the dental splint supplier Sunshine Smile,” says the founder. This refers to companies that sell their products directly over the Internet without intermediaries and who value close contact with customers, for example in social networks. Getsteps advertises its deposits on Instagram, among other things. Almost 5,000 people are already following the account. When it comes to sales, the company also relies on the support of influencers.

Business is doing well. Started a year ago, by the end of 2020, Wolf and Hoursch reported sales in the seven-digit range. The trend is rising sharply, as Wolf says: “In January and February alone, we have already turned over around 400,000 euros. We are therefore assuming that we will achieve sales between five and ten million euros this year. ”Getsteps is aiming for first profits as early as 2022. According to Wolf, the market has not yet been dominated by any major provider. She estimates that in Germany alone, three billion euros are spent on shoe insoles each year.

This is one of the reasons why investors seem to be interested in Getsteps. As an excerpt from the commercial register shows, the list of shareholders already includes 15 donors despite the company’s two-year history. Some of them are known in the scene. McMakler founder Felix Jahn, Helpling founder Benedikt Franke and Stephanie Kaiser, founder of the Berlin-based company builder Heartbeat Lab, got involved in Getsteps at an early stage. In this way, 1.2 million euros have already flowed into the company in a first seed round, says Wolf.

She and her business partner Vincent Hoursch are hoping for further capital from an appearance on the TV show “Die Höhle der Löwen” on Monday evening. The duo wants to raise 500,000 euros for ten percent of the shares with a valuation of five million euros. Because the company is already planning the next steps.

In addition to expanding into German-speaking countries, the number of employees is expected to grow from 20 at present to around 50 by the end of the year. There are also plans to use the information about customers’ footprints for other products relating to shoes. According to Wolf, a digital foot ID that could be integrated in shops such as Zalando is conceivable. “That would make it much easier for customers to find the right shoe size and at the same time reduce the rate of returns from online retailers.”

By the way, Wolf has still not run her marathon. But that is not due to the insoles that she has allegedly been wearing in her shoes for two years. She simply didn’t have the time to set up the company. After all, she has not had any knee pain since then.

Reddit boss Huffman and Gamestop: Manager of the Memes – Digital

Thailand: Woman sentenced to 43 years in prison for lese majesty

New AMD graphics card models not until the end of March?

He danced in ruins, today he is a world star