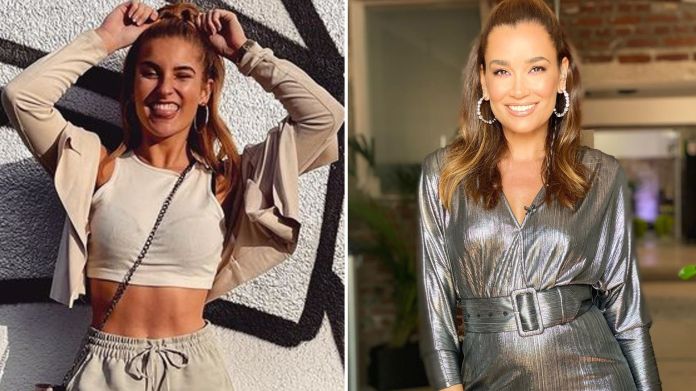 They are the exciting highlight at Love Island: All heartbreaking and love-laden decisions of the flirt format take place in the pairing ceremonies. Who remains loyal to their partner and who is left out in the rain? But these events are apparently not as entertaining for the candidates as they are for the audience – on the contrary! Ex-Islander Sandra Janina revealed Promiflash now how tedious some parts of the filming on Love Island were.

The fact that the production of the selection evenings take so long is therefore also due to the scenes with presenter Jana Ina Zarrella (44), said Sandra im Promiflash-Interview: “The funniest thing about the mating ceremonies was definitely Jana Ina, because she always stands there with her plug in her ear, looking and waiting for her instructions. “ What on the one hand looks funny and adds to the general amusement, but at the same time prevents faster progress in the shooting schedule, added the blonde: “And you sit there and think: ‘Is there something else coming?'”

It was not uncommon for the Islanders to sit together until late at night, recalled Sandra: “I think the mating ceremonies were over at four, five in the morning, but it really takes the longest because of it Jana Ina. “ A grueling program that continued the next day with games and a program.

After the election to the CDU boss: K question? Laschet...

Start-up problems with corona vaccination in Italy: only 46,000 doses …

Lucky Luke anniversary year: new publications and a look back –...

Ireland: Virus is spreading rapidly – shutdown curve should be our...