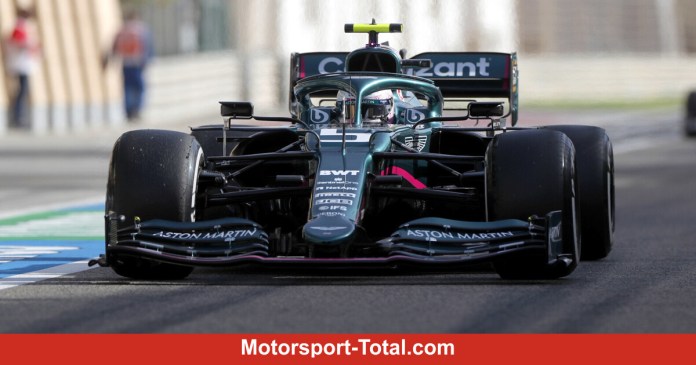 (Motorsport-Total.com) – For Sebastian Vettel, the first qualifying for Aston Martin was absolutely not the best. At the Formula 1 kick-off in Bahrain (Formula 1 2021 live in the ticker), the German got stuck early as 18th and, like his compatriot Mick Schumacher (19th / Haas), had an early day off.

The four-time world champion had bad luck with yellow flags on his decisive attempt and caught a dangerous situation both in turn 1 (Nikita Masepin) and in turn 8 (Carlos Sainz). “That hit us hard today, of course, but that’s how it is now,” says a contrite hag after his early retirement from ‘Sky’.

Before the decisive attempt, Vettel was still in 13th place, but while the competition was able to improve, the German was denied that. “The warm-up in the last sector was chaotic. I didn’t even have a second when I crossed the line and then two yellow flags. There wasn’t much we could do about that.”

“We should have just been more careful and should have positioned ourselves better. But in hindsight you are always smarter,” continued Vettel, who was missing around four tenths of a second on the cut in the end.

Best times in the mini-sectors

He is convinced that this would have been possible: “I still had a lot of air after the first run because I made a mistake there at Turn 11,” he explains. The first mini-sectors prove him right: There he set the absolute best time in sectors two and three of 23 – and personal best in the first sector.

But: At least that speaks against the fact that Masepin’s lathe cost him time. Nevertheless, the incidents were not enough for improvement.

Nevertheless, the four-time world champion is calm about the situation: “If I were to panic now, that wouldn’t help,” he waves him away. “Of course I’m pissed off because I know it wasn’t our fault. But we have to accept it now and do everything we can to prepare for tomorrow.”

Small consolation: car in the top 10

The early end made the task for Sunday (AD: Get the complete Formula 1 and the best live sport with Sky Q or stream flexibly with Sky Ticket. Without a receiver.) Of course, it was not easy. “We are far away, also far behind the points,” he says annoyed, but knows that a “long race” is ahead of him.

Nevertheless, Vettel can also take positive things from the qualification, because teammate Lance Stroll was able to show the potential of the AMR21 with his entry into the top 10. “The car was definitely better than in the practice sessions,” is his own impression. “It felt very good straight away, unfortunately we couldn’t show it.”

In general, however, he is still not entirely satisfied with his vehicle. “We’re still learning,” he says. “We are still trying to understand the car further. The fact that we start so far back makes it difficult, of course, but it is the way it is.”

For Vettel it is the worst starting position since the German Grand Prix 2019, when he was unable to drive time due to a technical defect.

Corona: Ramelow’s mistake is good for the culture of debate –...

Basketball: Towers positive before the game against Frankfurt | shz.de...

“Recovering from Ozzy”: Sharon Osbourne with Corona in hospital