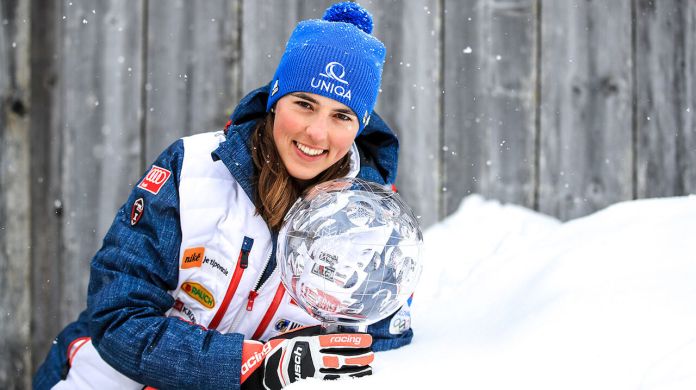 Petra Vlhova made history by winning the overall World Cup. She was the first Slovak woman to win the large crystal ball in the Ski World Cup.

The party atmosphere in the Vlhova team is clouded by statements from coach Livio Magoni.

The Italian, known for direct words, draws a harsh comparison in an interview with “Corriere della Sera”. While he describes his compatriots Marta Bassino, Sofia Goggia and Federica Brignone as “ski diamonds”, he says of Vlhova: “In comparison, Petra is an iron.”

“Petra reminds me of Bergamo”

He compares the 25-year-old with Atalanta Bergamo and himself with its coach: “Call me Gasperini of skiing. Petra, who led me to victory in the overall World Cup, reminds me of Atalanta. She fights against the top nations.”

In the comparison between Tina Maze and Vlhova, he clearly gives preference to the Slovenian: “She is more complete.”

Magoni sees the family and Vlhova’s manager as a problem in the collaboration. “The right word is there: ignorance. And there is nothing you can do about it. The problem is not Petra, but her environment.”

Is Magoni drawing a line?

With all the critical tones, Magoni also emphasizes the positive aspects: “Petra is very strong. But she has a problem: If something doesn’t fit in her head, you have to intervene. Otherwise she’ll throw everything away.”

Direct words that raise the question of whether Magoni will continue the collaboration. “I’m not sure. This achievement was a milestone. It would be a good time to say goodbye.”

Vlhova: “… then we would never have won the overall World Cup”

It is quite possible that Vlhova will see that too after this interview. The Slovak spoke up on Facebook and wrote: “The negative statements from my coach hit us all at a time of absolute joy. I don’t want to comment on them until we have spoken to each other and clarified our positions.”

Regarding Magoni’s allegations, she says: “Like a family, every team has its own internal problems. However, we have always been able to control our different opinions in order to strengthen the team.”

And she emphasizes: “If we hadn’t done better than our rivals, we would never have won the overall World Cup.”

Aichach-Friedberg: There are four Covid 19 patients in the Aichach hospital

Tourists in the snow: Quieter in the Harz Mountains – rush... 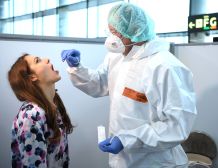 Tightened lockdown in the rain – daycare centers and shops close