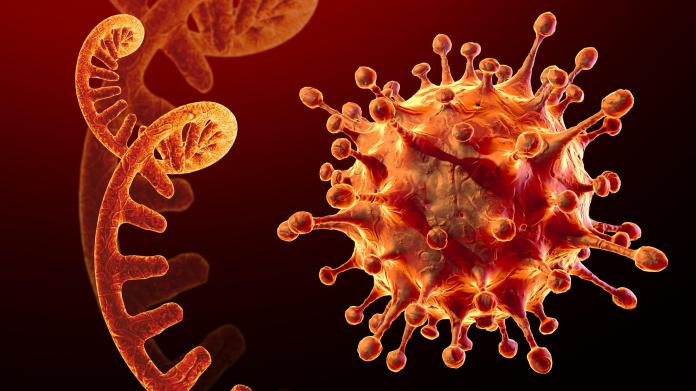 More contagious and resistant to vaccines?

According to experts, India, a country of 1.3 billion people, is currently heading for a new wave of corona. A new double mutation of the coronavirus is of particular concern. According to initial assessments, this seems to be more contagious than the original type. Experts fear it could be resistant to most existing vaccines. How likely is it that the variant will find its way to Germany? Do we need to worry? We have that Dr. Christoph Specht asked.

Two mutations in the virus sound particularly threatening. But does double mutations automatically pose a higher risk? “Generally you can’t say that.” It is more a matter of what properties the respective mutations have, says RTL medical expert Dr. Christoph Specht. It becomes more dangerous when the virus becomes more infectious as a result of the mutations and our immune response can more easily evade. “That is the case here,” explains the doctor, referring to the Indian variant.

Why the Indian double mutation could be particularly dangerous

The new Corona variant from India has two mutations: in the spike proteins E484Q and L452R. These mutations allow the virus to dock better with the human cell. The E484Q mutation is very similar to the E484K mutation, explains virologist Dr. Jeremy Kamil from Louisiana State University in the United States told “BBC”. The latter also appears in the South African and Brazilian corona variants, which are also considered worrying. The L452R mutation is also known to scientists from the so-called “California variant”.

These virus mutations are associated with a greater risk of contagion and may enable the virus to bypass the human immune response.

Reading tip: Virologist on the Brazilian mutant: How threatened are we in Germany?

Will the double mutation find its way to Germany?

We have learned from the British Corona variant: Mutations that are discovered abroad can find their way to Germany very quickly. Do we have to worry that we are also threatened with the Indian double mutation? “That is very likely,” believes Dr. Woodpecker. “If a variant arises somewhere in the world and it has a great selection advantage and can therefore reproduce well, then it will come to us at some point.” Even if the mutation does not manage to get to Germany via chains of infection, the expert continues, there is still the possibility that such a mutation of the virus could also develop in Germany. “Mutations always arise when the virus often has the opportunity to multiply – that is, when the number of infections increases,” says Dr. Woodpecker.

How quickly could vaccines be adapted?

If the Indian double mutation actually shows resistance to the previous corona mutations, the vaccines would have to be adapted to stop their spread. But how fast does it even go? Regarding the mRNA vaccines from Biontech / Pfizer and Moderna, Dr. Woodpecker optimistic. “It’s relatively quick. With the mRNA vaccine, it takes about six weeks to adapt,” the doctor estimates. “Then of course you still need some time for production. You will certainly have to reckon with another four to six weeks – and then it could start.” With the vector vaccines – this includes the vaccine from AstraZeneca – one has to allow for more time until the adaptation can be implemented.

A major advantage in terms of time is that adapted vaccines do not need a new approval, says Dr. Woodpecker. It is also positive that it can be assumed that the current vaccines still show an effect against the previous corona mutations, even if this effect is perhaps less.

A few weeks ago, fewer than 10,000 corona infections per day were recorded in India. Since then, the situation in the country has deteriorated dramatically. Most recently, more than 50,000 new infections were reported every day. Experts fear that this could also be related to the new corona mutation.

According to the Indian Ministry of Health, the double mutation accounts for 15 to 20 percent of all cases in Maharashtra. The Indian state is particularly badly affected by the new corona wave.

Corona experts like Dr. Vinod Paul of the Indian planning commission NITI Aayog, believe that only another lockdown can curb the widespread spread of the coronavirus in India: “We have to fight this second wave of the pandemic that we are seeing together, and for that we have to return to the same measures who have already helped us contain the pandemic, “said Paul. “And now we also have vaccinations as a tool.”

“Theo” should remain four lanes: Planning against the climate – Stuttgart

All cruises until March 31, 2021 have now been canceled

New corona record increases in the USA and Brazil – world...