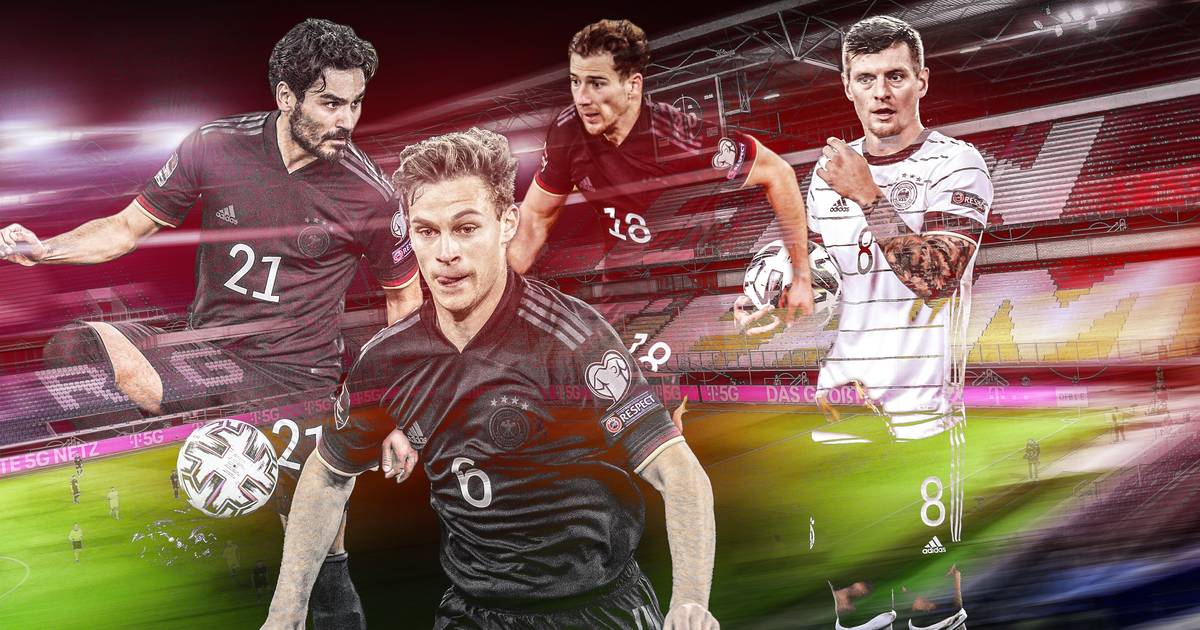 Much has been said about the top-class midfield of the German national team. Against Iceland (3-0) the quality could finally be seen on the pitch.

Over 75 percent possession and over 1000 passes (Iceland came to 218) speak for themselves. (SERVICE: Schedule and results of the World Cup qualification)

“Ilkay, Jo and Leon did a great job,” said Löw long after the final whistle in Duisburg: “The midfield was doing very well. All three players who played in the center at the beginning were extremely safe on the ball and extremely often playable Unbelievable number of ball contacts. They staged all the attacks – in the confines of the game, which were absolutely there. ”

Löw praises the new super trio! But what will become of Toni Kroos?

Where is Toni Kroos’s place?

The 31-year-old Real Madrid midfield star has always been set by the national coach and has been spared from the DFB upheaval.

Löw continues to count on Kroos, because he knows like no other: With the high load, failures can always occur. Distributing regular seats does not make sense at the moment. “You can see how quickly players can drop out due to injuries. So I’m incredibly happy when all players are healthy in May. We need more than just eleven players at a tournament,” said the 61-year-old world champion coach from 2014.

But that doesn’t change the fact that Löw’s super trio against Iceland caused a sensation for the first time in a long time. (SERVICE: The tables of the World Cup qualification)

Goretzka, Gündogan, Kimmich, Kroos – who has to give way?

Goretzka scored the quick 1-0 and then patted himself proudly on the DFB chest. A clear sign: We are in EM mode! He also played with an incredible amount of self-confidence and dominance in the episode. He prepared Gündogans 3-0.

You could tell that the Manchester City star is in top shape, because he played extremely confidently and easy to combine.

And Kimmich? He pulled the strings, he was the game designer. With a great chip ball on Serge Gnabry, he initiated the 1-0. With a great flat pass to Leroy Sané the 2-0.

Löw: “It was incredibly important to have such ball-safe players. That was a pound for us. That had a positive effect on our game.”

Not to be imagined, Löw would also be available to Thomas Müller, whose comeback question he held back: “That will only be answered later. When we are nominated for the European Championship.”

One thing is clear: The better Löw’s midfield trio performs when Kroos comes back and Kai Havertz, Florian Neuhaus, Jamal Musiala and Florian Wirtz stay fit, the better it will be for Müller with a DFB comeback. Despite its outstanding season.

V4Drive: Battery manufacturer Varta builds batteries in the 21700 format for...

Where there could have been life on Mars