After a bitter and rather protracted legal battle, world number 4 Dominic Thiem and his former trainer Gunter Bresnik have reached an out-of-court settlement. The Terms stipulate not to disclose any terms relating to this Agreement.

The two released a joint statement on the matter on Wednesday. Here are the words: “There has been a lot of talk about personal differences between us lately and all of this has led to a lawsuit.

However, when we met at the first hearing on December 18, 2020, we agreed that, given the long road we had come together, we would seek a solution outside of the legal situation and as soon as possible with mutual recognition.

“The two then went on:” A fair solution was found for both sides, but we preferred to keep the content private. We can announce that the litigation is over.

“The two had worked together since Dominic was eight years old, and Gunter Bresnik took the winner of the last US Open to court for 450,000 euros. Bresnik had asked because he felt entitled to donate part of Dominic Thiem’s ​​income from the contracts which he had signed during his tennis experience.

The latest about Dominic Thiem and Gunter Bresnik

While Gunter Bresnik has taken a new path as the coach of the French tennis player Gael Monfils, Dominic Thiem did not start the 2021 season in the best possible way.

He lost immediately in the ATP Cup and also came out surprisingly at the Australian Open against the Bulgarian Grigor Dimitrov, which turned out to be anything but good. Given the season on sand, the Austrian is working to find the best condition.

At the Australian tournament, the winner of a Grand Slam in 2020 made it clear that he also has some physical problems, and the fans are excited to see when Thiem will be at full capacity again to play the tournaments on the ATP tour.

After an error in the booking system: How Berlin’s corona test...

Man is trapped between the platform edge and the subway –... 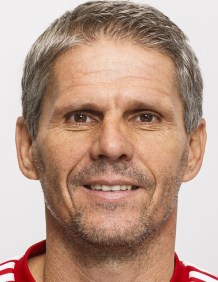 “Breakfast TV” star Marlene Lufen: What a body! It shows...