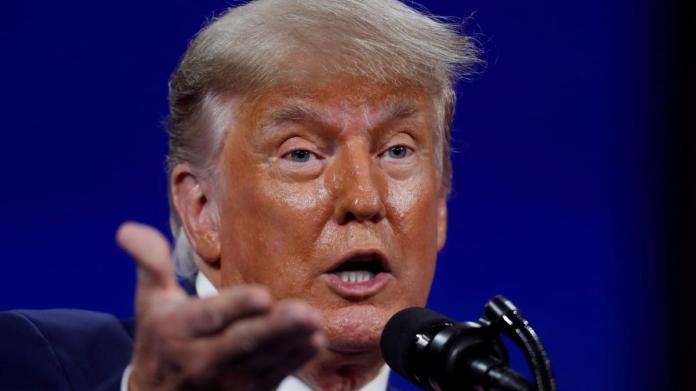 foreign countries With its own platform

According to an advisor, ex-US President Donald Trump is planning his own platform after his deletion on Twitter, Facebook and other Internet services. Trump will return with his own platform in two to three months.

DFormer US President Donald Trump banned from Twitter wants to return to social media with his own platform, according to his confidante Jason Miller. He expects it “probably in about two to three months,” said Miller – who was Trump’s campaign advisor – on Sunday the broadcaster Fox News. “This new platform will be great.” He assumes that tens of millions of people would then follow Trump again on his new channel.

Miller didn’t comment on details. But he said Trump had intensive meetings with various teams in his vacation home Mar-a-Lago in Florida because of the project.

Trump was followed by more than 88 million people on Twitter. The company announced in January that it would permanently ban Trump because of the “risk of further incitement to violence”. Earlier, Trump supporters stormed the Washington Capitol to protest the election result, which Trump lost. Trump was accused of inciting the mob.

The Republican had portrayed the Twitter block as a conspiracy by the company’s employees with Democrats and “radical left” to silence him. He did not provide any evidence to support his allegation.

Trump had already announced after the Twitter lock in January that he was negotiating with several other websites and was also considering building his own platform. Concrete results have not become known since then.

Due to a long lockdown – cultural institutions have to reschedule